A Small Taste Test Around the World, with the International Club 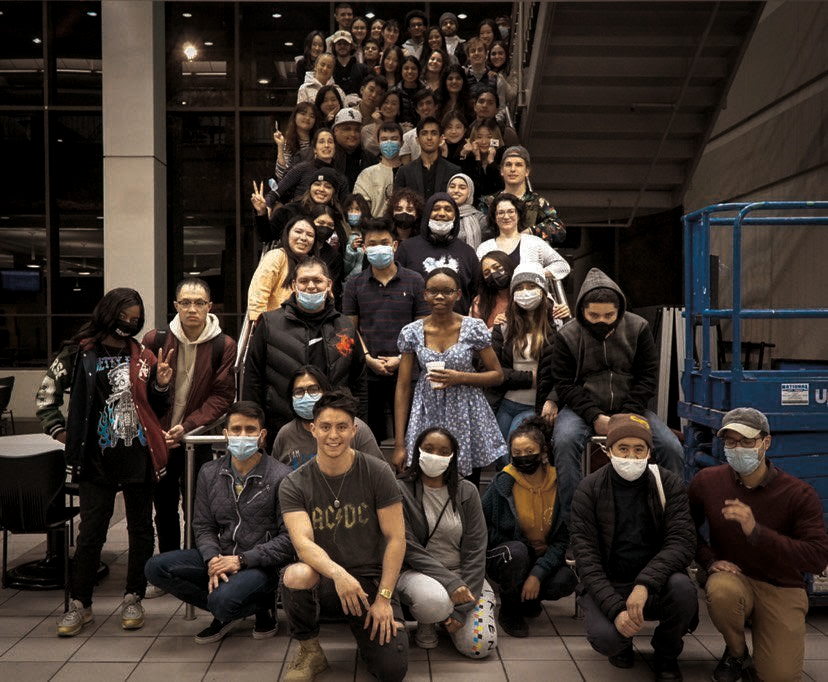 Food can bring people together from all walks of life. There is nothing like sitting down to a good meal. On March 3rd, the International Club hosted an international potluck, the second one hosted by the International Club which was established in Fall 2021. From tortilla de patata prepared by Almudena Yebra Romanillos, a writer with The Independent and vice president for the International Club, to gratin dauphinois, a dish made from sliced potatoes made by Elise Georget, as parts of the main course. Ending in Mexican conchas, sweet bread and tasty drinks, it was a tasteful night of homemade goods.

While many of the people attending the event were already club members, there were a few first time club attendees at the dinner. Diana Bahena, a member of the Student Government Association in attendance, said that one of the best parts was hearing all about the origins of the foods from the people that brought them. Claire Cofre, who also attended the event for the first time, mentioned that it was cool to “kinda have a lens into other people’s culture” as well as having it be a “conversation starter.”

Soon enough the dinner was in full swing with several people conversing, enjoying the food and learning about other people’s cultures. Even as the event was seemingly winding down after an hour and a half, a large group of people joined, extending the event well into the night.

According to Matthew Mercado, president of the International Club, there are more events planned for later in the year, some for just club members, but he expressed an openness to having some more open to the public. This club isn’t just for international students, but for domestic students as well; from people who are first generation to people whose heritage is from another country. Even some members of the Afghan Refugee Program were noted to have attended a couple of events in the time since it was established. “The goal of the club is to thoughtfully and respectfully understand how things happened the way they happened,” said Mercado.

If anyone wants to attend the weekly meetings, which are held at LWH room 1001 every Wednesday, or follow up on any future events, you can check out their club information via Campus Labs. There is also an Instagram: under Neiu.internationalclub.