Always Look on the Bright Side of Life Book Review 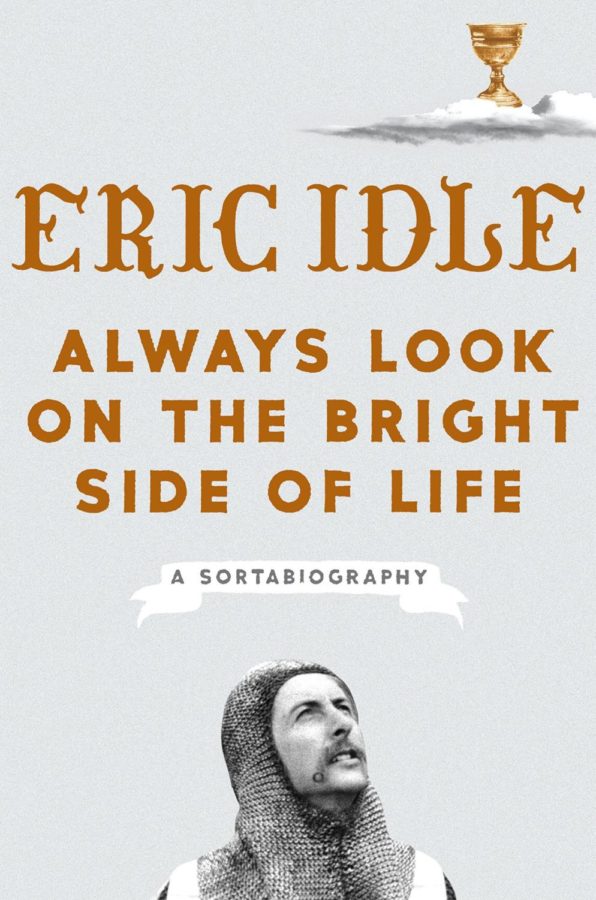 Eric Idle, of “Monty Python,” published his life memoir, which he calls a “sortabiography,” in 2018. Titled “Always Look On The Bright Side of Life,” it is a hilarious and tear-jerking reflection on a life fully lived.

Born “coincidentally” on his birthday in 1943, his first years of life ended in tragedy when his father, a Royal Air Force (RAF) wireless operator and rear gunner of a bomber, was killed while hitchhiking home for Christmas in 1945 — after the war had ended. Idle writes, “If one of the best ways to appreciate life is to have an unhappy childhood, I was very fortunate.”

At the age of seven, he was sent to a former royal orphanage, which had been renamed the “Royal School Wolverhampton,” to be raised at the expense of the RAF with other boys, whose fathers had also died while serving the British Armed Forces during WWII. Idle would remain at this school until the age of 17, when he then went off to study at Cambridge University.

It was here, in 1962, where he both started his life in comedy and met fellow future Python, John Cleese. During the next seven years while participating in several live comedy troupes — in and out of college — and many acting and writing gigs with the BBC, he would meet Graham Chapman, Terry Jones, Michael Palin and Terry Gilliam. It was in 1969 that these six men would start, and star in, a show titled “Monty Python’s Flying Circus,” which ran for four seasons and spawned numerous comedy albums and three original films.

After the “Flying Circus” ended in the early ‘70s, and in between writing and filming the three Python films, Idle would go on to meet a host of other contemporary celebrities and his second wife — a Chicagoland native — Tania Kosevich, whom he married in 1981. In attendance at their wedding was both Mick Jagger and David Bowie.

He would also come to nudge elbows with many other famous comedians, including the likes of Dan Akryod, Steve Martin and Robin Williams. Hearing the tales told of rowdy nights with rockstars and comedians and long film shoots, it is a wonder his elbows were never broken or his kneecaps split.

One man Idle particularly idelized — pun intended — was George Harrison, whom he met in 1975 and would remain close friends with until Harrison’s death in 2001. They would vacation together, party together and laugh together. After Harrison’s harrowing ordeal in 2000, when he and his wife were assaulted and he was stabbed multiple times in his home, Idle rang him up and quoted George as saying, “why doesn’t this kind of thing happen to the Rolling Stones?”

“Always Look on the Bright Side of Life” is not just the tale of Idle’s life but also the life of the song by the same name, which he wrote for the ending of “Monty Python’s Life of Brian.” The song, which he intended to be ironic, became iconic.

Idle would go on to sing it at Graham Chapman’s funeral and years later at the closing ceremony for the 2012 London Olympics. It is routinely sung at British football stadiums when the home team is in the dumps. During the Falklands War it was sung by sailors on the HMS Sheffield while they waited for rescue as the ship sank. On Jan. 20, 2009 it became the most requested song at British funerals, where it remains so today.

Though the book has its heart-wrenching moments of loss — with the deaths of close friends Graham Chapman, George Harrison and Robin Williams — it is filled with gut-grabbing gags, a life lived thoroughly and adventurously and many lessons on the way one should look at life.

“life’s a piece of shit,

when you look at it.

Life’s a laugh and death’s a joke, it’s true,

you’ll see it’s all a show,

keep ‘em laughing as you go.”