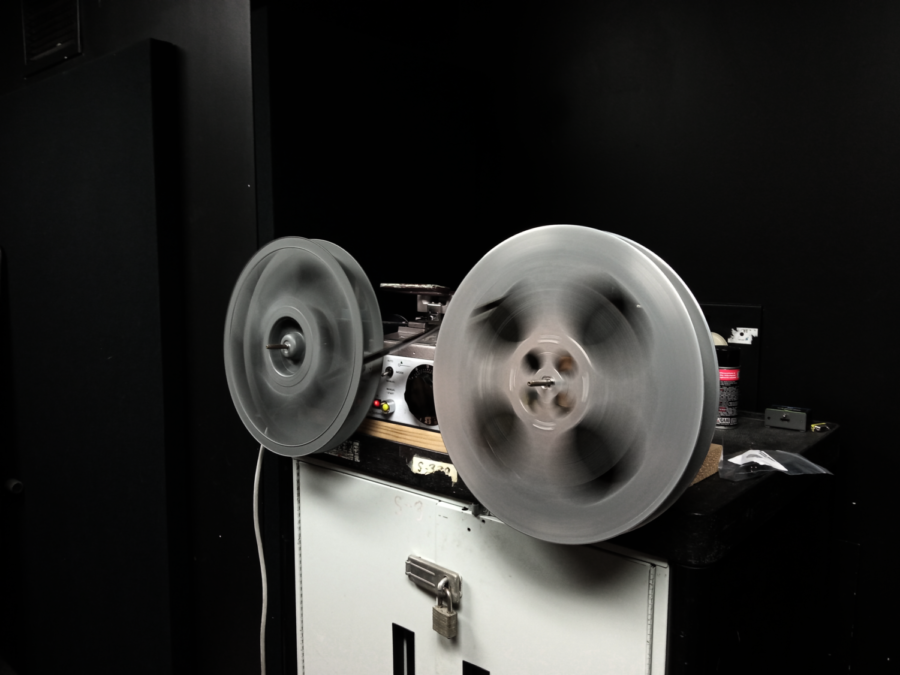 After almost two years of hiatus, Northeastern Illinois University’s (NEIU) Auditorium is once again transformed into a cinema. And not just any cinema; into a yesteryear cinema. One of those before the era of streaming platforms and DVDs. A cinema from when movies were something physical, material, almost the size of a bicycle wheel. From that time when watching a movie was something more magical than quotidian.

However, somehow that magic is still felt, perhaps even more intensely now that time has romanticized the memories of youth of those who preserve images of projectors and blurry frame changes in their memory. It is also something magical for those who have never seen a movie in this medium before. It feels almost like a trip to the past. Even the Chicago Film Society crew, who were used to handling 35mm film and living in a movie theater, was excited to return to NEIU and feel that special atmosphere of movies on the big screen. 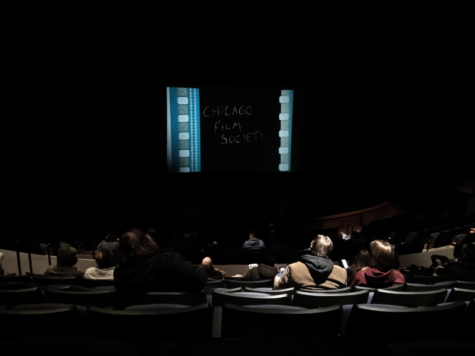 Preceded by the cartoon short movie Daffy Duck in “The Henpecked Duck”, directed by Robert Clampett in 1941 on 16mm tape, the choice of the film “Rich Kids” directed by Robert M. Yung in 1979, could not have been better for the occasion. Both screenings share the same background topic of divorce from the children’s perspective, which makes this little Looney Tunes comic strip a perfect opening act for “Rich Kids.” Mrs. Duck’s “I want the divorce! I want the divorce!” finds a perfect parallel in Franny’s mother’s, but making apparent a clear evolution in the treatment of the same issue between the 1941 date of the cartoon short film and the late 70s year of Rich Kids.

The screening of “Rich Kids” was possible thanks to the rare print of the film held by the Chicago Film Society, which is quite possibly the only one left. This movie, directed by Robert M. Young and produced by Robert Altman, portrays the turbulent family situation of two children from the Upper Westside of New York: Franny and Jamie, played by Trini Alvarado and Jeremy Levy. With a tender, cynical, and ironic tone, the film depicts the effects on family life of the female sexual revolution and the cultural changes of the late 1960s and early 1970s. At the same time, it shows the refined and excessive atmosphere of crusty, upper New York, as well as the problems faced by characters who seemingly have everything they could possibly want. 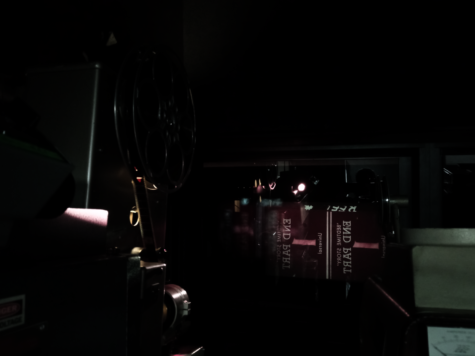 Told from the perspective of Franny and Jamie, “Rich Kids” stands on the premise that sometimes children act with more maturity than adults. While presenting them as the main victims in a world—in which, especially men—are portrayed, in the words of the film critic Gene Siskel as “a bunch of boobs. The woman that wrote this picture, Judith Ross, must not like men, everyone of these guys is an idiot.”

With the freshness, common sense and deep wisdom of innocence, the children’s dialogues and scenes are a real wonder. Although, little by little, the hypocrisy and cynicism of their parents creeps into their world. In one of the final scenes, Franny tells Jamie, “Our parents are like children. Why can’t they be like us?” and Jamie replies, “They can’t be like us, but we’ll end up like them.”

Chicago Film Society will do another 35 mm film screening at NEIU next Wednesday, Feb. 16, 2022 with “The King of Comedy” (1999) directed by Stephen Chow and Lee Lik-chi.