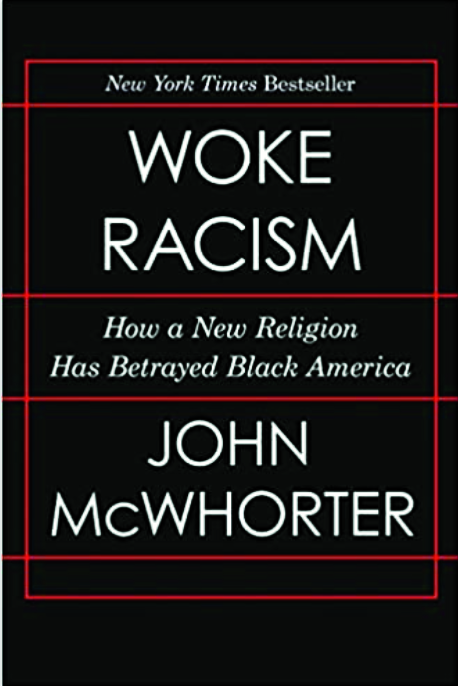 “Woke Racism: How a New Religion Has Betrayed Black America” by John McWhorter, an associate professor of linguistics at Columbia University, is an excellent examination of contemporary antiracism, which he deems “Third Wave Antiracism.”

McWhorter, author of over 20 books, including “Our Magnificent Bastard Tongue: The Untold History of English,” describes First Wave Antiracism as the abolitionists of the 19th century and the civil rights movement of the mid-20th century—those who fought to eliminate slavery and racial segregation. He identifies Second Wave Antiracism as that of the 1970s and 80s which “battled racist attitudes and taught America that being racist was a moral flaw.” McWhorter then describes Third Wave Antiracism as a contemporary ideology used in understanding that the structures of society have racism baked in and that “‘whites’ complicity’ living within them constitutes racism itself.”

McWhorter started writing “Woke Racism” after the murder of Geroge Floyd and following the resurging interest in books like “How to Be an Antiracist” by Ibrahm X. Kendi and “White Fragility: Why It’s So Hard for White People To Talk About Racism” by Robin DiAngelo—both of which topped Amazon’s best-seller list a week after Floyd’s murder.

McWhorter, like the vast majority of people, saw Floyd’s death for the heinous murder it was. Though, he recoiled at the notion that this was a “racist execution.” He criticized this by citing the little-known case of Tony Timpa as an example that these acts are not something white police officers do to black men, but rather it is evidence of the wider malpractice and abuse perpetrated by these supposed agents of the law.

For those who do not know, Timpa was a man who was killed in a way nearly identical to Floyd back on Aug. 10, 2016. Unlike with Floyd, where witnesses recording the incident on their cellphones uploaded the evidence to the internet immediately, Timpa’s family and The Dallas Morning News had to fight the police and courts for nearly three years to obtain the body cam footage.

McWhorter’s book started as a collection of free essays published on Substack, an online publishing platform, but took a backseat for him in 2020 as he was contractually obliged to finish his book, “Nine Nasty Words: English in the Gutter: Then, Now, and Forever” before completing “Woke Racism.”

He labels this ideology nearly indistinguishable, in both appearance and action, from religion. It has all it needs to be considered a religion. It has superstition, think posturing, attestment and confession and it has a clergy in the likes of Kendi, DiAngelo, and Ta-Nehisi Coates. It has a devil of its own and a notion of original sin—think white people and “white privilege.” Contemporary Antiracism also has an apocalyptic prediction in the ever-impending “race reckoning” and the outcasting of heretics, known popularly today as “cancel culture.” McWhorter labels the proselytizers of this new religion as “the Elect.”

It is an interesting book filled with many examples of a new religious insanity that has been given quite the spotlight over the last couple of years. It is well written in an easy, accessible and at times amusing way—not surprising for a linguist and author of nearly two dozen books.