Interview with Stella Kuwonu, Author of “30 ans: When Everything Fails at 30” 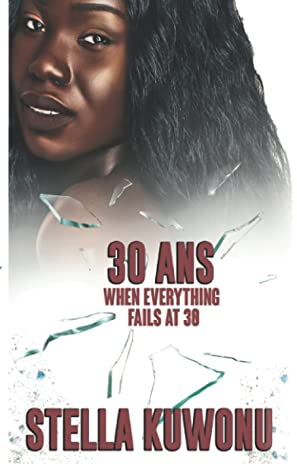 Toward the end of Fall 2021 semester Stella Kuwonu, a 28-year-old political science major at Northeastern Illinois University (NEIU), self-published her first novel, “30 Ans: When Everything Fails at 30.”

“30 Ans” tells the story of Adwoa, a young attorney in Chicago, who is playing all the right cards and making a name for herself at the firm she works at. The love of her life, Jack, adores her and would do anything to make sure their relationship flourishes.

Even though Adwoa seems to be doing everything “right,” she doesn’t get the respect that she deserves at the firm, nor from her overprotective Aunty Jennifer who comes to town to visit for a month to see that the niece she raised gets married before she turns 30.

Kuwonu, who was born in Togo, said that women there are expected to study traditional subjects like law or medicine. Rarely would she see women on television. “30 Ans” is a testament to the fact that a woman shouldn’t have to appeal to any one person’s, let alone a culture’s, expectations.

Growing up in both Togolese and American culture, Kuwonu creatively weaves the generational gap into the storyline by contrasting Aunty Jennifer, who is very much old-school in her ways – a reference to the Togolese culture – and Adwoa, who has adopted much of the American lifestyle.

Kuwonu also blends the two cultures by making references to traditional dishes she grew up with like tapioca Zogbon – a classic breakfast dish which she describes as being the equivalent of scrambled eggs in America.

I sat down to discuss “30 Ans” with Kuwonu who says that the book is about 87 percent fiction  and “the rest is bits and pieces from my life and things I’ve gone through growing up in both cultures, or even stories I’ve heard from friends of what had happened to them.”