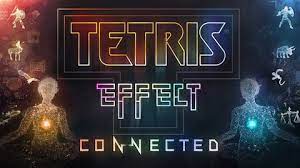 Do you like puzzle games such as Tetris and a taste of competitive and cooperative play? Do you like to play a Tetris game that feels relaxing with visual effects and music?

Then “Tetris Effect” is the right game for you. This version of the classic game  feels modern and offers something new for seasoned players and for a new generation. With its many modes for single player and online/local play, there is so much you can do in this game while enjoying visual effects in each stage that you score lines in. Let’s start by talking about multiplayer first. “Connected” mode is the big focus on multiplayer Tetris. It is a boss raid-like mode that requires a lot of teamwork to beat a boss. What’s interesting here is that not only can you pair up with three players as “heroes,” but the fourth player has to be the “boss” and the heroes have to take them down. As a team, your job is to be in connected mode as much as you can in order to dish out a ton of lines to the boss. To activate this mode, players need to fill their gauge below them, making as many lines as you can. When the music starts kicking up the beat, it’s time to connect and unite as one. The whole team has access to “magic Tetris,” which are special Tetris that can push each other down to fix mistakes, hold cleared lines to create a combo, and everyone plays as “one player” by taking turns placing blocks in empty spaces. You all only have a few seconds to bring out a “deca hextris” — 16 lines cleared — to take down the boss with huge damage.

Speaking of the player boss, let’s talk about being the “boss.” Player four will play solo and take the role as the big bad guy of the game. Being the boss already feels overwhelming because three players are against you. However, just because you can’t access “connected” mode doesn’t mean you’re not powerful. That’s when status effects come into play. Whenever player four clears a certain amount of lines, they will grant the heroes some annoyances to their Tetris parade. These status effects differ depending on the “zodiac” you choose. For example, if you are “Gemini,” you can make twin stacks which are two huge blocks that prevent chances for nice combos. Player four has to take down all three players to win. The biggest advice to you as the “boss” is to try out different zodiacs and see which one suits you to defeat the hero player quicker.

Now if you’re a solo Tetris player, good news for you. There is so much playtime in effect mode, you will be up all night trying them out. Simply put, effect mode is different modes with an effect on them. The effects are like rules and you have to follow each mode in order to complete them. For example, in “All Clear Mode” you have to clear certain lines to get “All Cleared.” Or “Mystery Mode” where you will be served with different status effects both good and bad to complete a set number of lines to finish the game. Now “Effect Mode” is for people who want a twist in their play time, but what about “Journey Mode?”

“Journey Mode” is like the story mode for Tetris effect, and you progress each time you clear a set of lines in the required speed level. The story of the journey is this — you are traveling in the dreams of people who see Tetris in their visuals. You are connected to these individuals by their dreams. This isn’t much of a story, rather an inspiration of a real life story.

Let’s dive deep into the blocks and see about the visual appeal of the game. This game is gorgeous. Every level of Tetris has its own eye candy effect. From a stage that’s beside a prayer ritual to an actual yin and yang battle with fire and ice, you can’t go wrong with all the visuals having their own personality to Tetris. What makes these visuals even better is they are very dream-like. While playing journey mode, you connect to each stage like traveling in a dream.

The music of the game puts the player in a trance. The more you clear lines, the more intense the music becomes, pushing you to keep going to the end. The composers of “Tetris Effect Connected” are very skilled at making hyped-up music, but also do a great job by contrasting it with calm and soothing tunes to get players to keep on playing. Certain stages even make sounds each time you rotate or place a block down. My personal favorite stage is the “Downtown City” stage where there is jazz music but you are playing the piano by placing blocks.

Okay, we are near the end of our Tetris journey. After playing almost 40 hours of this game, I can say it’s one of my favorite Tetris games to date. It has the compatibility of being a competitive Tetris online play while relaxing with a spice of challenge to solo players. Even better, this game is accessible to all players. Those who have never touched Tetris before will be amazed by the visuals and music when placing blocks to hardcore fans who want to show theirs in style. Now the new multiplayer mode motivates all players to team up or beat ‘em up, depending on your side — hero or villain.

The “Tetris Effect Connected” will be given a score of 8/10 for its remarkable amount of modes, clean, crispy visuals and sounds, but more importantly, the ability of connecting all players to simply play Tetris in a new way. The only con I can see is that online play can be empty sometimes due to servers, but that is something we can’t control, which is why it’s best to use Discord or play locally with friends to get the full experience if you crave the connected multiplayer.

So our journey ends here. I hope to see you in the next “dream” of reviewing many games from my Switch or PC, to pique your interest in trying them out!