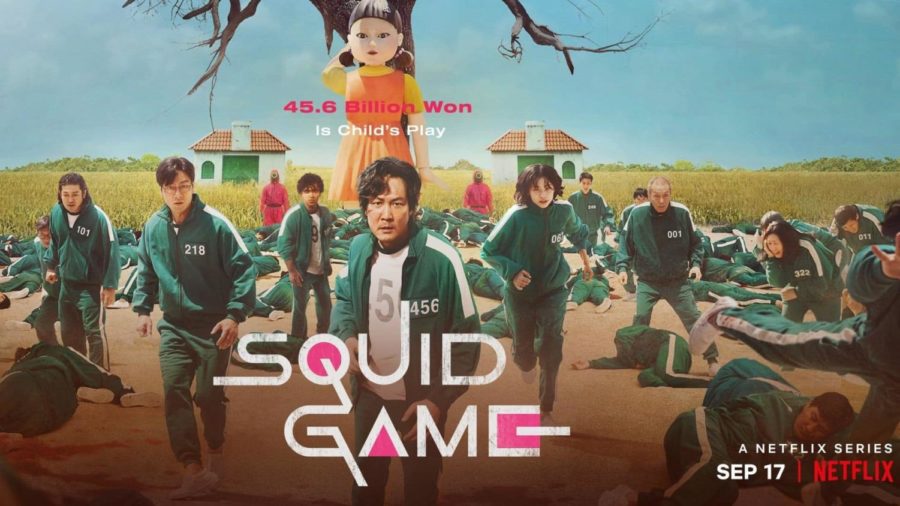 The show starts by following one of the main characters, Seong Gi-hun, over the course of a day, as he shows how he and other people who become more prominent as the series progresses, have a lot of debt that hinders them in their everyday lives. He is greeted by a salesman, who gives him a good pitch in order to sign up for a game that is sure to give him a lot of money. Surely, if he managed to win against a simple game of Ddaki, involving two squares and throwing them in order to turn one square over, then winning this game would be no problem, right?

As this is a mini-series, and the games as depicted in the show are only six, it ends up having a lot of moments with several of the characters that we follow throughout the games. For example Abdul Ali, as shown in the first game, is consistently a warm person and willing to put his trust in people on several occasions. Another character that is on the show but doesn’t participate in the games Hwang Jun-ho, is actively trying to stop the games due to his brother being a part of one of the last games.

As this show is rated mature, expect a lot of graphic violence given the nature of how the games eliminates the contestants. There is also a fair amount of gore, considering one of the many side plots involves a black market organ hustle. There is also some brief nudity involving questionable positions.

This show is very popular as of this date. Even on Northeastern Illinois University’s campus, there is Squid Game fever, with an event devoted to mimicking the six games as depicted on the show — with elimination being via silly string. Part of it has to do with the universal theme of being in poverty, living in debt, and not being able to work your way out of it organically, as well as having extremely relatable characters. The visuals in the show are absolutely amazing, with each game having a different setting with sets built. The staircase that is seen throughout the show, with pastels colors, the costumes on the show are bright and warm colors, in contrast to the actual games.