Paramedics Respond to Resident in Distress at The Nest 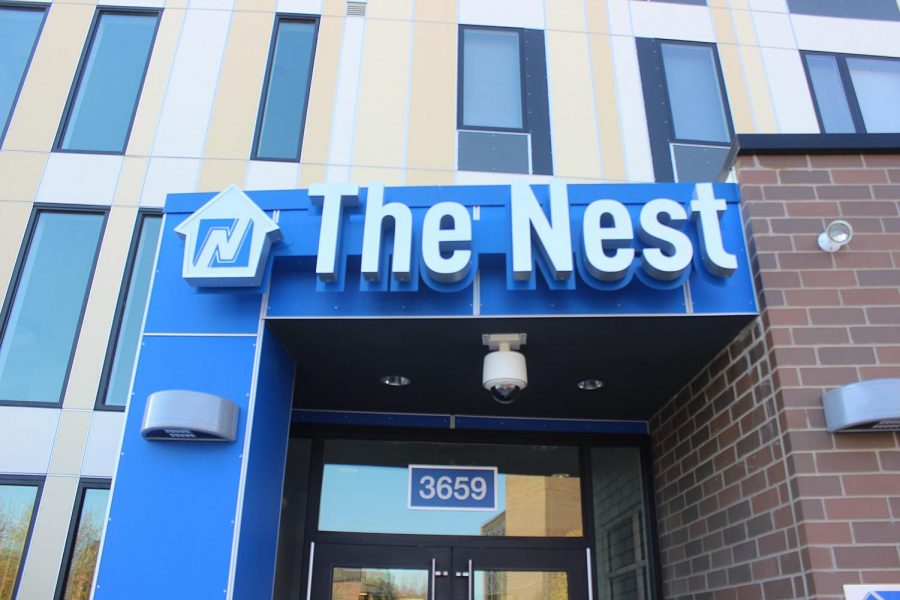 Editor’s note: In an earlier version of this article, photos included have been removed out of concern for privacy.

An undressed resident with a hammer caused disruptions at Northeastern Illinois University’s (NEIU) dorms, The Nest, prompting authorities to evacuate the building when the fire alarm on the sixth floor was pulled by someone at 8:49 p.m. on Monday Sept. 27.

NEIU police officers responded and encountered the resident of The Nest experiencing emotional distress. As a result of the fire alarm, the Chicago Fire Department (CFD) also responded to the event and took the distressed resident to a nearby hospital.

NEIU’s Campus Police Chief John Escalante said, “The individual in emotional distress was transported by Chicago Fire Department ambulance to an area hospital.” He added, “Further investigation at the scene revealed this subject was in possession of a hammer but did not threaten anyone with it.”

One NEST resident said that they saw the person in distress was walking through hallways repeating the phrase “listen to your coping mechanisms.”

Another anonymous NEST resident told NEIU Independent that they suddenly heard a banging in the hallway. Upon investigating, they saw the person in distress banging objects against the wall by the vending machines. The resident called The Nest front desk to inform them about the situation, but the residents were just ordered by the employees to leave the building due to the fire alarm being set off.

Witnesses waiting to enter the building said they saw the person in distress taken by Emergency Medical Services (EMS) into an ambulance.

A NEST resident who was attending a class during the incident approached the NEST front desk to inquire about what had happened after seeing pictures and videos that had been shared by the witnesses on social media. The receptionist replied with, “the fire alarm went off,” adding no further information.

The Independent approached The Nest manager’s office for a report on the incident was told “no comment” and that it is company policy to not speak with the media. The Nest is managed through a private corporation, American Campus Communities.