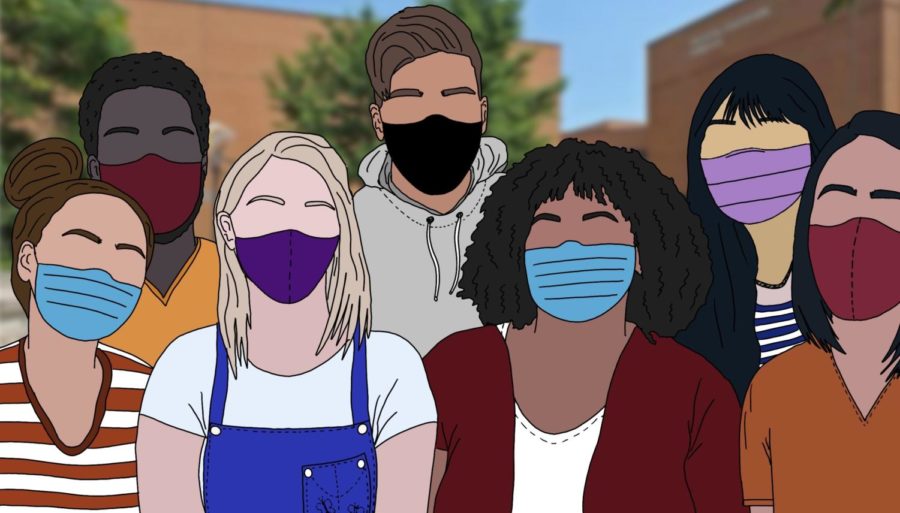 The newly welcomed students come from more than 10 different countries: France, South Korea, Japan, Spain, Netherlands, Germany, Poland, etc. Many of them have spent more than 12 hours on a plane and countless hours completing mountains of paperwork, but finally, they are here. This year NEIU welcomes more than 100 international students into its classrooms. 30 of these students are exchange students—all of which have  a J-1 visa—and will study for a semester or a year at NEIU thanks to the agreements made with the universities of their respective countries. However, most students have an F-1 visa, which allows them to stay at NEIU for more than two years in order to complete their studies and graduate.

Although they are going to stay for different periods, all of them agree that they are very excited and happy to be able to live this experience, which is without a doubt a great opportunity that would help them grow both academically and personally. At the same time, it is also a great opportunity for the university’s community to get closer with the different cultures and countries these international students come from, creating a more plural and diverse environment.

Being able to be here in Chicago has not been easy for many of the international students. For example, exchange students have had to go through a selection process based on their grades from their respective universities, but this little odyssey does not end there. After getting proof of admission to NEIU comes the tricky part: dealing with embassies. Due to the restrictions caused by the pandemic, the whole country is closed to tourists, and only people qualified as National Interest Exceptions (NIE) can enter. Luckily, international students were included in that category, but they have also been affected by reductions in the number of visas processed by embassies. For example, in Spain, in the month of May, the waiting list to get an appointment and be able to process the visa lasted until November. Lucía, one of the Spanish students, said that in order to get an appointment, she spent a whole month constantly entering the embassy’s website to see if someone had canceled an appointment. Finally, after much insistence, she found a date just a week before her flight.

Another added difficulty this year has been the need to meet the security requirements to prevent the spread of COVID-19. The first challenge: be fully vaccinated. Yashu, a computer science student from India, said that it was not difficult for her to get vaccinated, but in other cases, such as Chaeeun Mun (who goes by Ally) from South Korea or Marco from Colombia, students could not get both doses at home, so they received the second dose here in Chicago, with the following recommended quarantine of one week.

Students who were fully vaccinated also had to go through certain health requirements, such as a PCR or antigen test before boarding the plane, in addition to a negative saliva test after overcoming a three-day quarantine upon arrival in Chicago.

However, all of those procedures have been worth it, as the students are finally here. For some like Carmen from Spain, all of this seemed like a dream.

“When I got to campus, I couldn’t believe we were here,” Carmen said. “Since I was little I always wanted to travel to the United States.”

For Julia from Poland, it is still something incredible.

“I spend the day doing things from one place to another and I don’t think about it too much, but when I stop and I realize that I am here, with an ocean in between and seven hours away from my house, it continues to impress me.”

Max, an industrial engineering student from Germany, said that while he was immersed in all the procedures, he did not have much confidence that he finally was going to come to the U.S.

Max said, “I was making the arrangements but without getting too excited, I knew that if something was not going well, like a new outbreak of COVID-19 or some difficulty with the paperwork, everything could disappear in seconds. But for that very reason, it seems amazing to be able to be here. I feel very lucky.”

Something that everyone agrees on is how impressive it was to see the Chicago skyline and its huge skyscrapers for the first time; some of the international students had never seen such tall buildings. “It makes you feel small,” commented Leo, a cinema student from France.

Also, something that was curious to Shiori, a student from Japan, is Lake Michigan. “You have the feeling of being in the sea but with freshwater,” said Shiori, who pointed this out after paying a visit to Montrose Beach.

For Yerin, who also comes from a Japanese university, one of the most interesting things is the diversity of the city of Chicago.

“Here is a cool melting pot. It’s very unique meeting different people from different backgrounds and cultures in the same place. And because of this, there are many places to see and where you can feel different cultures,” said Yerin.

Most international students have never been to the United States before, and some of them have experienced some culture shocks. The first one for José, an economics student, was going to the supermarket.

“I found it overwhelming,” José said. “In every corridor, you can find a hundred brands of cereals, bread … many types of everything. I find it really difficult to make a decision.”

Something surprising for Ally, from South Korea, was that people in the U.S. saw her as younger than she is.

“I’m 22 years old and some people said I look like 10 years old,” Ally said. “I went to the bank to open an account and the banker said I looked like a girl of 16 years old at the most. So if you see a teenager on the campus don’t be surprised, it could be me.”

Regarding NEIU, all international students agree that they felt very welcomed by the entire community and its students, teachers and all the staff. José said that something really positive about being here is that, “NEIU really supports students to succeed. You feel that university cares about you.” 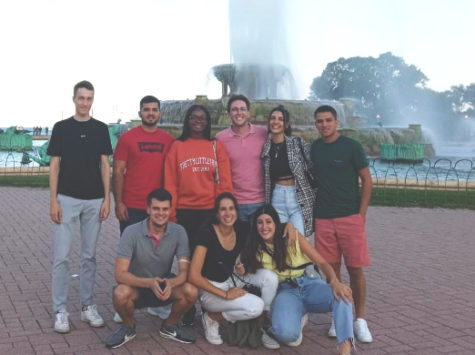