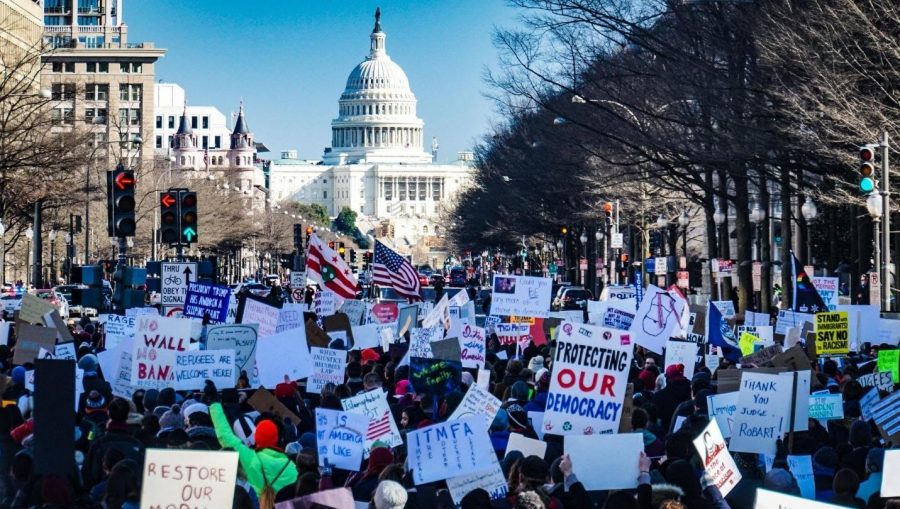 As America transitions from former President Donald Trump to President Joe Biden, personal accountability is a rare commodity missing from the character of the average individual. Personal accountability is believing that an individual is responsible for his or her own actions and consequences. Taking ownership is the foundation of personal integrity. In the age of information overload and rising political tensions, pointing the finger is an easy escape from simply taking a moment to critically think about an issue before reacting which, in turn, carries the potential to unify society in ways unrealized throughout American history. Without these two components, it’s increasingly difficult to deal rationally with real-world problems.

The summer of 2020 sparked a contentious rise of the Black Lives Matter movement after the senseless killings of Breonna Taylor and George Floyd. The movement gained attention around the world. Before we knew it, inspiring opinions from both domestic and international leadership and publics alike. What started as peaceful protests turned into utter chaos and confusion. All around the country fires burned as emblems of rage from BLM protests were infiltrated by a mysterious political protest group known as Antifa.

Trump tweeted his intent to declare the “far-left” group a terrorist group but was met with opposition from critics because they had no leader or clear roles within the organization. However, there seemed to be enough organization somewhere out there to spread misinformation and cause even more unnecessary damage to society. Misinformation became the source of mass destruction globally, with no sign of slowing its momentum.

Fast forward to the final days of Trump’s presidency. Jan. 6 marked one of the darkest days in American history after the capitol was breached by a mob of angry Trump supporters. The cry of discontent shifted from the “far-left” to the “far-right” in America. Misinformation once again was the driving force behind the divide, only this time the tainted perception seemed to be charged by Trump’s own misunderstandings and false claims.

Despite Trump’s personal shortcomings, we all still have a role to play in ensuring the well-being of the country beyond politics. It is important to understand that every action we take has intended and unintended consequences. The past year has shown us that America is consumed by toxic individualism that makes civil disagreement nearly impossible these days. We continue to perpetuate a society that lacks personal accountability.

The real issue is that our obsession with labels leads to malicious ostracism. Yes, proper judgment requires the ability to identify right and wrong specifically. But in the age of social media, everyone seems to have a false sense of entitlement when it comes to deciding the value of someone’s existence based on alternative facts.

Many blame Trump for the spread of coronavirus in America, but how can one person be to blame for an airborne disease? Many blame him for causing the greatest political divide in the history of our nation that sparked the breach on Jan. 6. After the House of Representatives successfully impeached Trump for the second time–marking the first time in U.S. history a president has twice been impeached–the Senate is forced to engage in futile efforts to convict him, a step 45 Republican senators went on record to openly reject.

Racial and political divides are built into the fabric of American history. They are a permanent part of our culture. Every day there seems to be a new subculture wanting their voice heard. If everyone speaks at once but don’t know what the real issue is, it becomes increasingly difficult to engage in meaningful political discourse.

The victim mentally leads to many double standards. The toxic narrative from our overzealous culture works against what we want because it only leads back to an individualistic mindset that doesn’t help anyone at the end of the day. Commitment, resilience, ownership and continuous learning should be at the forefront of the values we hold.

Biden’s victory and the historic results of the Georgia Senate runoff that saw Democrats regain control of the Senate are significant signs toward positive change in American values. However, Americans still must remain vigilant. Voters must remain committed to detaching themselves from groupthink and learn to digest information more thoroughly. Americans should show resilience by not being swayed so easily by the thoughts and opinions of a constantly changing society. Ownership means embracing the good, the bad and the ugly without throwing a tantrum at the first feeling of discomfort. Continuous learning is impossible without making mistakes in the process. The effects of the Trump era and ongoing pandemic are opportunities for America to take the risk of slowing down to reassess the purpose and direction of American society. Taking ownership of the world means accepting accountability first. Think about it.