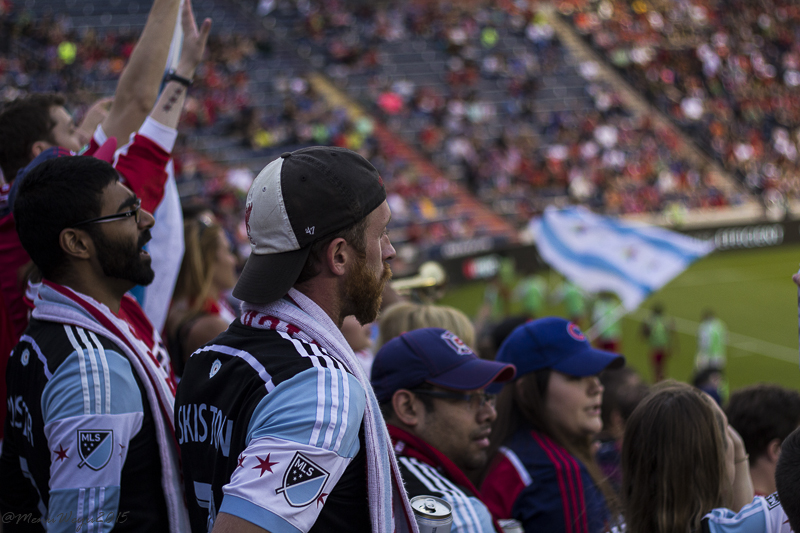 Fans support Chicago Fire FC at SeatGeek Park in Bridgeview, Illinois, during a 2016 MLS Season match. The Fire was expected to move in 2020 to Soldier Field, in downtown Chicago, but the plan was postponed due to the COVID-19 pandemic.(The Independent/ Erwin Lopez Rada).

Though the Chicago Fire FC (CFFC)prepares to face 2021 MLS season with a defined identity and established style of play, they must address their lack of roster depth to improve on last season’s 11th-place finish in the Eastern Conference.

Despite a disappointing season-ending loss that cost the Fire an opportunity at advancing to the MLS Cup playoffs after they sourly suffered a 4-3 defeat at Soldier Field against New York City FC, sporting director Georg Heitz believes that both the players and head coach Raphael Wicky made progress during the last season.

Heitz said the team showed it could be competitive during an end of the season mid-November interview reported by Chicago Tribune’s Jeremy Mikula, even against the best franchises of the league he completed.

Chicago Fire FC’s management wants continuity, said Heitz in the interview. The core of the team that almost secured a spot to the playoffs last season will remain together for at least two more years. Any additions made to the roster reassert management’s move to infuse youth into a squad that averaged 25.91 % years old (15th) at the beginning of the 2020 MLS season, but that number dropped to 23.68 years old by the beginning of 2021.

He also added that his team was not outplayed in many games.

Certainly, Chicago Fire FC was a tough competitor, statistics show the team sharing the sixth place in shots on goal with 111 and averaging a 52% ball possession time, better than both Conference champions, by the time whistle ended a difficult 2020 MLS season. However, Chicago showed inability to win away from Soldier Field–the Fire finished 0-6-5 on the road in 2020.

They also had trouble overcoming first-half deficits and lacked consistency when defending against set pieces.

A good example of Chicago’s woes was their Sept. 19 visit to Orlando City FC that finished in an unfortunate 4-1 defeat in which the team conceded 3 goals amidst defensive misunderstandings, but at the same time featured a deflected shot from forward Robert Beric striking the crossbar, a 27th-minute goal from center back Francisco Calvo disallowed after an offside verdict and a botched 34th-minute free kick by Alvaro Medran.

Although Slovenian International Robert Beric tied for second in goals scored in the MLS with 12 conquests and collected a robust average of 40% conversion rate in shots on goal, German midfielder Fabian Hebers four goals ranking second on the Fire underscores Chicago’s need to add more ammunition to its attack.

Out of those 111 shots on goal that CFFC produced during the season, only 33 ended up inside the net. To solve the issue, team management is bringing 22-year-old Chinonso Offor, a powerful and skilled Nigerian forward who last played with Latvian first division club FK Rīgas Futbola Skola, where he scored 6 goals and provided 3 assists for the Latvian side past season.

Another match brought in to light up the scoring tally of the Fire is 21-year-old Bulgarian Stanislav Ivanov, a winger renowned for rapid transitions and presence in the opposite box. He comes from Bulgarian powerhouse Levski Sofia, where he scored nine goals and provided five assists last season.

Both players signed contracts through the 2023 season with an option for a one-year extension.

Although the unpopular departure of homegrown player and USMNT promise Djorje Mihailovic to Club the Foot Montreal leaves the team without his best assists player (7), Wicky retains plenty of choices to cover for the 22-year-old prospect.

Spaniard midfielder Alvaro Medran already displayed leadership qualities in the middle of the field, and he will be helped by the seasoned Argentinian midfielder Gaston Gimenez. Furthermore, the team anticipates a better performance by Argentinian prospect Ignacio Aliseda, who did not have many chances to showcase his game during the 2020 season.
Chicago Fire FC Roster Updates 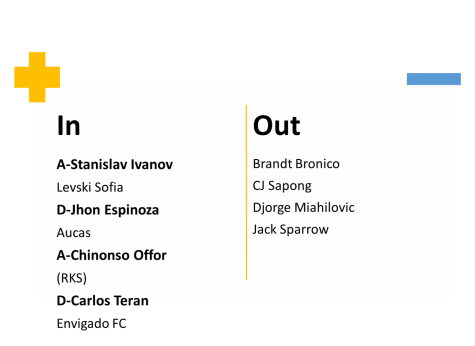 The club is also waiting for Serbian midfielder Luka Stojanovic to comeback from a MCL injury in addition to more consistent production from wingers Przemysław Frankowski and Fabian Hebers, who played plenty of minutes in the 2020 season.

Pineda and Calvo will command a defense in need of discipline and consistency.

23-year-old Homegrown defender Mauricio Pineda generates great expectations given his performance the past season. He played most of the games and listed third in goals scored behind Robert Beric (12) and Fabian Hebers (4). in 2020, he also earned his first call to the USMNT and is a fixture in the U-23 national squad.

As a reward for Pineda’s progress, the Fire offered the Illinoisan a new contract through the 2023 season with an option for extension.

Pineda will partner in the middle of the defense with Francisco Calvo. The 28-year-old Costa Rican international defender is entering his third season with the Chicago Fire FC after giving regularity and strong performances through the first two years with the club. Additionally, Venezuelan 23-year-old left back Miguel Angel Navarro, will provide once again speed and passing options on the left sideline for Chicago’s defense.

Manager Georg Heitz also recruited two young South American defenders in 21-year-old right back Jhon Espinoza and 20-year-old center back Carlos Teran. Espinoza is expected to offer speed and attacking runs from the right sideline while Teran will come from the bench to assist Pineda and Calvo in the middle.

The goal remains a position of worry for the Chicago Fire FC. Bobby Shuttleworth, who replaced starter Kenneth Kronholm after the Dane tore his ACL during a training session, ended up 12th in average goals per game allowed among 16 MLS goalkeepers with at least 17 games played. He averaged 1.65 goals per game against.

He did not fare well in the saves per shots department either, saving only 65.4% of shots against, good for 16th among qualified goaltenders.

Kronholm, 35, is still recovering from his injury, although he is expected to come back for the 2021 season. However, the team does not have a solid backup option to defend the goal, not even a starter. The next in line to cover Chicago’s goal would be 16-year-old Homegrown goalkeepers Gabriel Slonina and Chris Brady.