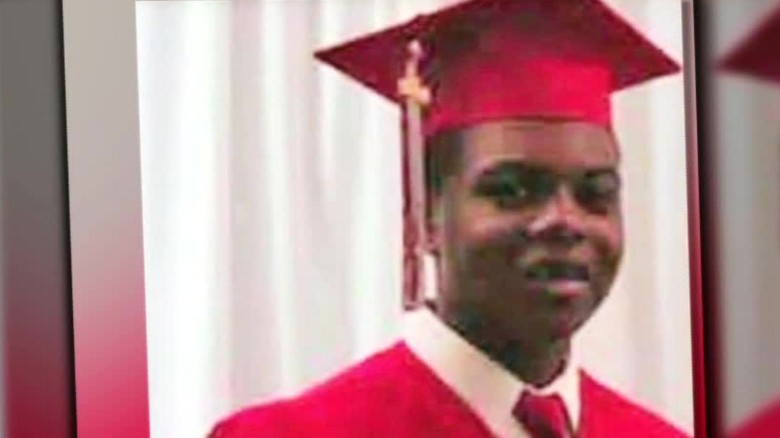 As Chicago and its neighboring suburbs devolve into chaos amid unrest surrounding the death of George Floyd, the initial cause behind international demonstrations is beginning to take a backseat to the widespread looting and rioting maiming American cities.

Rather than acknowledge the disproportionalities and inconsistencies in law enforcement’s response to black communities, President Donald Trump is championing “domination” to restore peace. Self-described conservatives such as Tomi Lahren and Charlie Kirk, seemingly eager to discredit a movement aimed at ensuring unarmed Black Americans remain protected from overzealous police officers, are suddenly deflecting the narrative to demonize the entire movement as “lawless.”

The Chicago Police Department suffers from an unfortunate history of its officers engaging in violent misconduct. Too often, the participating officers are absolved of their crimes through the notorious “blue wall of silence,” preventing meaningful reform protecting against the systemic brutality and torture against Black American suspects.

Such a contention is highlighted by the 2014 murder of LaQuan McDonald.

The fissure between Chicago law enforcement and the general public widened after former officer Jason Van Dyke killed McDonald, a 17-year-old African-American who reportedly acted “erratically” while armed with a knife.

Van Dyke arrived on the scene to assist officers in subduing McDonald, who reportedly refused to abandon his weapon.  After navigating his way around adjacent law enforcement officials attempting to peacefully deescalate the situation, Van Dyke took matters into his own hands, discharging his firearm absent immediate threat. Within 30 seconds of his arrival, Van Dyke shot McDonald 16 times.

While parts of the narrative offered by representatives of the Chicago Police Department appear feasible–McDonald’s toxicology report indicates levels of PCP that suggest he had consumed the drug that day–other elements of the police reports remain inconsistent with video evidence. For example, the official police report contended that McDonald lunged at Van Dyke, though dashcam footage clearly shows McDonald offered no such attempt.

Instead, McDonald–who had swung the knife aimlessly at one point prior to his encounter with Van Dyke–refrained from actively engaging officers on the scene. Rather than charge at Van Dyke or other law enforcement personnel, McDonald continued along a path that slightly deviated away from the officer’s location.

Furthermore, video and audio evidence that should have been available through dashcam footage was either altered, damaged or unavailable due to improper assembly. According to NBC News, “At least four officers who were present the night of the shooting failed to ‘visually and audibly record events’ with in-car video systems, and were found to withhold and shield video evidence establishing what transpired between Van Dyke and McDonald, according to the report.”

Ferguson also reports that former CPD Sgt. Stephen Franko, later fired for his participation in the cover-up, personally oversaw and approved false reports submitted by Van Dyke and his counterparts

The false narratives served to “mischaracterize the events leading up to the McDonald shooting, and to thereby bolster a false narrative which might offer justification for the shooting,” according to the report.

Ferguson’s report recommended the termination of 11 officers, though only CPD officials elected to relieve only four of their duties.

In 2018, a jury found Van Dyke guilty of second-degree murder. However, none of the officers engaged in the systemic cover-up of the McDonald case faced convicted. Only three officers–David March, Thomas Gaffney and Joseph Walsh–stood trial, though all three were acquitted.

Rather than acknowledge fault, the Fraternal Order of Police attacked both Ferguson and the integrity of his report.

“The Fraternal Order of Police has articulated in several instances our strongly-held belief that the Inspector General’s office, particularly under Joe Ferguson, is often little more than a political witch hunt of our members, none more so than the manner by which his office generated criminal indictments of the three officers in connection with the Laquan McDonald shooting,” said union representatives.

Protesters demanding justice for Floyd also hope to dismantle the blue wall of silence that has historically insulated Chicago law enforcement from repercussion.

“[The blue wall of silence] allows for negligent officers to continue working and practice flawed policing which then leads to misconduct, police brutality and in some instances murder,” said Northeastern Illinois University student and self-described activist Karan Sodavaram.

To date, Chicago law enforcement’s attempt to retroactively rewrite history stands as one of the most egregious examples of the blue wall of silence. However, elected officials across the country are using Floyd’s death to confront police immunity.

On Wednesday, Democratic lawmakers explored the possibility of scaling back “qualified immunity” for law enforcement officials. Democratic officials also introduced mandates that would require body cameras to remain on at all times in addition to statewide databases documenting records of police misconduct.