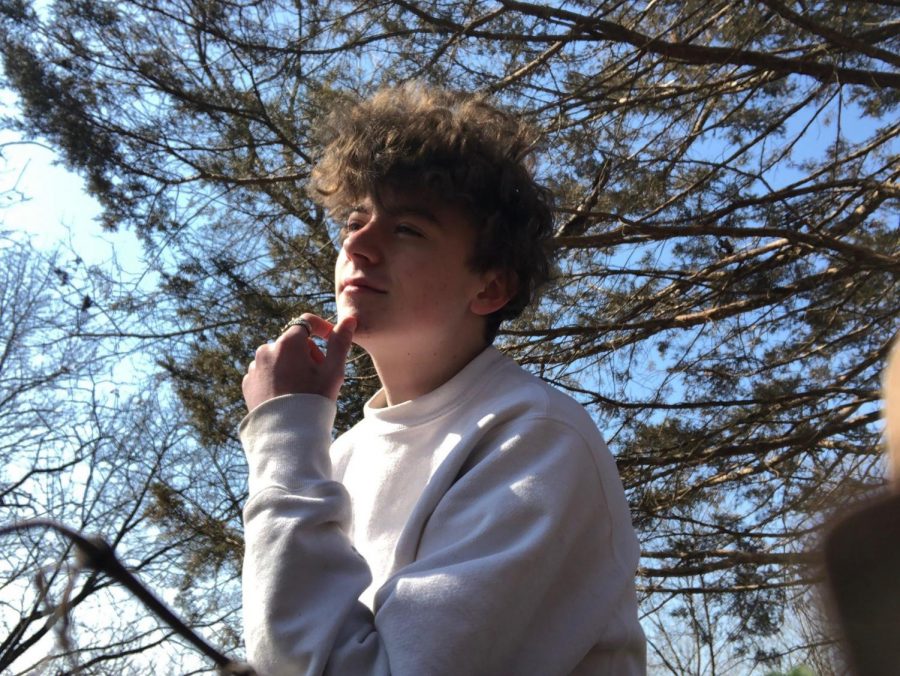 How a high school artist uses music during social distancing

Like the rest of his classmates, Connor Byrne saw his first year at Oak Park River Forest High School cut short by the COVID-19 pandemic. However, rather than rue the missed instruction, Byrne is using his time to work on his chosen craft: making music.

From a young age, Byrne gravitated toward art. His mother Deirdre recalls his skill at Guitar Hero at the age of 5 while his older brother Emmett remembers how 2012 Maroon 5 hit “Payphone” captivated his younger brother.

Still, it wasn’t until a family trip four years ago to Byrne’s aunt’s house — the aunt, crucially, had a piano — that convinced the family of Byrne’s gift. During the family trip, Byrne demonstrated an ability to play songs by ear without extensive practice, a skill talented musicians know as “perfect” or “absolute” pitch.

The instinct displayed by a 5-year-old Byrne is uncommon, even for seasoned musicians. According to The Psychology of Music, perfect pitch is defined as the ability “to identify or recreate a given musical note without the benefit of a reference tone.” Only one in 10,000 people possess this rare talent.

Over the past several years, Byrne discovered how to make music using sound design software instead of physical instruments, allowing him to command a band as large as he likes.

The time he has invested is beginning to pay off. Over the past year, other fledgling musicians began enlisting Byrne’s assistance, buying snippets of beats to layer beneath their own songs.

Several of these songs are starting to find an audience, even as Byrne’s own music climbs the rankings of websites like Soundcloud and others. In between working on his own songs, producing beats for others, playing Minecraft with his siblings and beginning work on his homework, Byrne sat down with The Independent for his first-ever interview.

Independent: When did you know you wanted to make music?

Byrne:  When I was 11, I used to make music on Garage Band on my iPad. That didn’t work very well.

Byrne: I was very inexperienced.

Independent: Who are your inspirations?

Independent: What about them drew you?

Byrne: I’m a fan of how they make sounds … I think they know a lot about sound production.

Byrne: Either piano or guitar. I’m never able to decide between the two.

Independent: What sort of software do you use?

Independent: How did you start selling your music?

Byrne: I just met up with kids at my school who wanted to rap and I’d sell them beats. The first time was to my friend Elijah … it was pretty mediocre. I sent him the idea and he ended up liking it. Gave me $20 for that one.

Independent: What’s the most you’ve sold a beat for?

Byrne: $75. I met the guy online and started talking.

Independent: Where can people find your online?

Byrne: Soundcloud. I’m “Astrocell” there. I’m also on Spotify, but I only have one song there. Soundcloud is better.

Byrne’s music can be found here: https://soundcloud.com/lyion-official_edm. He has no tour dates or album releases to announce at this time, but he does promise to video himself doing a standing flip if his Soundcloud account reaches over 100 followers.