Opinion | The dangers of celebrating obesity 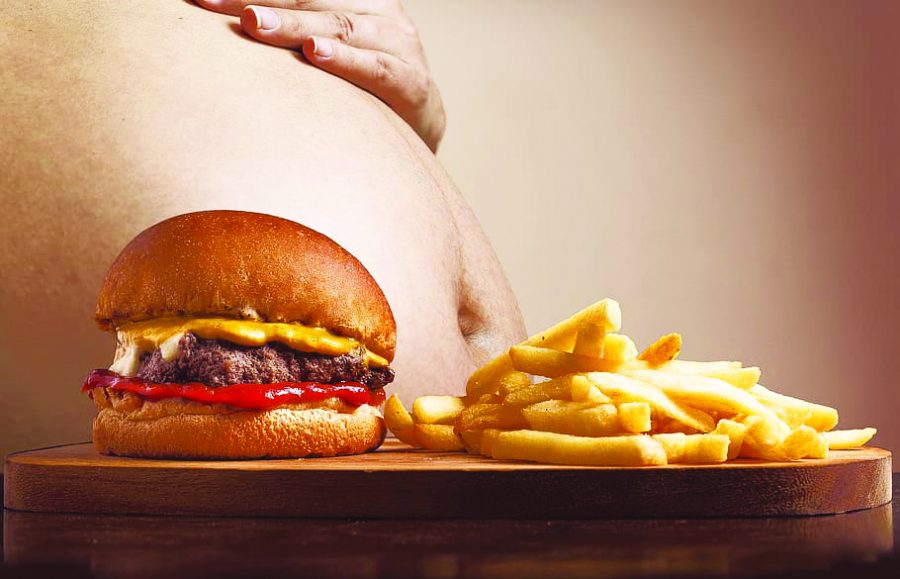 Radical ideologists hijacked the body positivity movement, promoting obesity as not only acceptable but worth celebration. According to the CDC, the prevalence of adult obesity in the United States has skyrocketed, increasing to 42.4% of the population. Furthermore, 18.5% of American children and adolescents–or a total of 13.7 million–are obese. Despite harrowing facts and patterns in weight gain, a faction within America contends that confronting the obesity problem in America is synonymous with body shaming, displaying an alarming shift in American culture.

Today’s media glorifies obesity, illustrating those suffering from obesity as role models due to their size. In October of 2018, Cosmopolitan featured model Tess Holliday on its cover. The cover sparked debate when Piers Morgan opined that Holliday was morbidly obese and shouldn’t be considered a role model. His comment elicited a thunderous backlash, with body positivity advocates declaring him a body shamer and telling him to mind his own business. While his comments were interpreted as harsh, derogatory and ineffective, Morgan attempted to voice his opinion and point out that this woman, cast as a hero, is actually unnervingly unhealthy.

Significantly overweight people were once ostracized from American society during a time when the media portrayed skeletally thin women and models as the ideal beauty standard. In response, the body positivity movement formed with the intent of inspiring women to view their bodies in a favorable light. The movement also demeaned bullying, vilifying those who refuse to entertain their overweight peers substandard dietary and exercise habits.

The movement also aimed to empower women and men who didn’t fit the narrow mold of outdated beauty parameters.  And while the goal was commendable, some have adopted an extremist viewpoint. Today, this view has mutated from modest tolerance to an overt celebration of obesity, inadvertently hurting society by glorifying unhealthy dietary habits. And that view, as evidenced by the Cosmopolitan cover, has seeped into the media, casting obese people as inspiring role models because of their size.

Lizzo, an American singer championed for her intense pride in her curvy figure, serves as a focal point in the debate regarding tolerating and celebrating obesity. When prominent fitness trainer Jillian Michaels publicly questioned the general public’s celebration of Lizzo’s body, she was met with a firestorm of opposition. Like the Holiday-Morgan controversy, such backlash suggests that factions of the American public no longer believe that obesity is a serious concern.

This slew of potential health problems attributed to obesity is alarming, but also preventable. It is inherent that when experiencing significant health problems due to someone’s weight their overall quality of life is affected. Granted there are circumstances in life that people cannot control, and even healthy people experience health complications, but by being obese, people are putting themselves at a significantly greater risk to health problems, as well as a shortened lifespan.

Everyone deserves to feel confident with themselves and to accept themselves for the way they currently are while also being open to and striving for improvements. Improvements in diet and exercise not only affect the individual but also their family and friends. Setting a healthy example for your child and living a long life to be there for them or being able to go out and see the world with friends should be motivators to lead a healthy lifestyle.

Society should foster a culture where different body shapes and sizes are embraced, while health is also considered. People should be accepted for who they are and not judged solely based on appearance: but where does society must differentiate tolerance and enabling There isn’t one perfect shape or size, but people should be encouraged to try to be their best selves, which should include physical and mental health. In their zeal regarding social well-being, some Americans appear to have forgotten that physical well-being is important too.