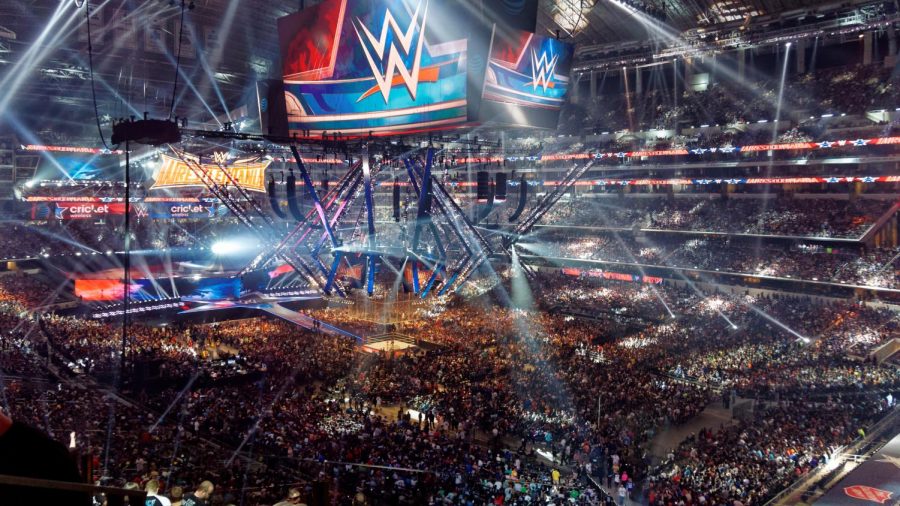 With WWE billing Elimination Chamber as the final stop before Wrestlemania, it’s time to reminisce on the iconic moments and legendary contests that helped morph Wrestlemania into the must-see spectacle it has become today.

Compiling a subjective listing of the greatest matches in Wrestlemania history is a trying task. Because of sheer amount of fantastic, era-defining contests that have taken place at “The Granddaddy of Them All,” deserving candidates were omitted from our top 15. Such exclusions are not meant to operate as an indictment on the performance put forth by the participating superstars, but rather a testament to just how spectacular of an event Wrestlemania has become.

Hopefully, this list will allow readers to fondly revisit their childhoods while also celebrating the moments that had viewers gripping the edge of their seats during their formative years.

20. Ric Flair Vs. Randy Savage; WWF Championship (Wrestlemania VIII): Though admittedly dampened by an anticlimactic finish and a bit of overbooking during the latter portion of the contest, the match that should have headlined Wrestlemania VIII benefitted from an enthusiastic crowd, an engrossing backstory and excellent heeling from both Flair and ally Mr. Perfect. By the time “The Macho Man” Randy Savage commenced his valiant comeback, the crowd was salivating at the prospect of a title change.

19. Money In The Bank Ladder Match (Wrestlemania XXI): Five of the six competitors in this contest were either future or former World Champions, with the lone exception being Shelton Benjamin, who entered as Intercontinental Champion. This match benefitted from its innovative concept, flawless execution and high level of athleticism displayed by the participants, with each man contributing to the bout’s entertainment factor.

18. Hulk Hogan vs The Rock (Wrestlemania X-8): Anticipation for this match was so high that the subtlest of moments sent the crowd into an unadulterated frenzy. Though the pace left quite a bit to be desired, never before in the history of the industry had two icons of vastly different eras battled in such a high-stakes affair. From the infamous Rock-Hogan staredown to the final result, these two titans proved that their status within the industry superseded the traditional heel/babyface dynamic, with each man receiving an ample amount of respect and adoration before, during and after the contest.

17. Edge vs. Undertaker; World Heavyweight Championship (Wrestlemania XXIV): Edge delivered some of the best heel work of his career in the build-up to this match, casting the Undertaker’s undefeated streak in doubt at a time when it appeared unbreakable. Insinuating that he had each of the Undertaker’s tendencies expertly scouted, Edge was presented as the perfect foil to the mystique of the Undertaker, despite being relatively diminutive in stature next to “The Deadman.” The match also featured a nice rhythm, benefitting from a surplus of seamless counters and a topsy-turvy trajectory to keep fan interest at its zenith.

16. Daniel Bryan vs. Batista vs. Randy Orton; WWE Championship (Wrestlemania XXX): As stated earlier, this match not cracking the top 15 is more a testament to the contests listed above it than an indictment on the efforts put forth by these three men. Prior to the contest, the WWE Universe proved itself willing to go to any lengths necessary to ensure that fan-favorite Daniel Bryan received the opportunity that he so richly deserved. After being put through the proverbial wringer, fans saw their appetites satiated as Bryan — who had previously defeated Triple H in a fantastic qualifying contest to open the show — forced Batista to submit to his Yes Lock submission maneuver, capturing the ever-elusive WWE World Heavyweight Championship and sending WWE’s impassioned fans into near delirium.

While this match hasn’t aged as well as some of the others on our list, its historical significance can’t be understated as it marked the culmination of Bryan’s ascent from real-life and kayfabe “B+” player to legitimate main event talent.

Part two of our four-part series will be available in the next edition of the NEIU Independent.