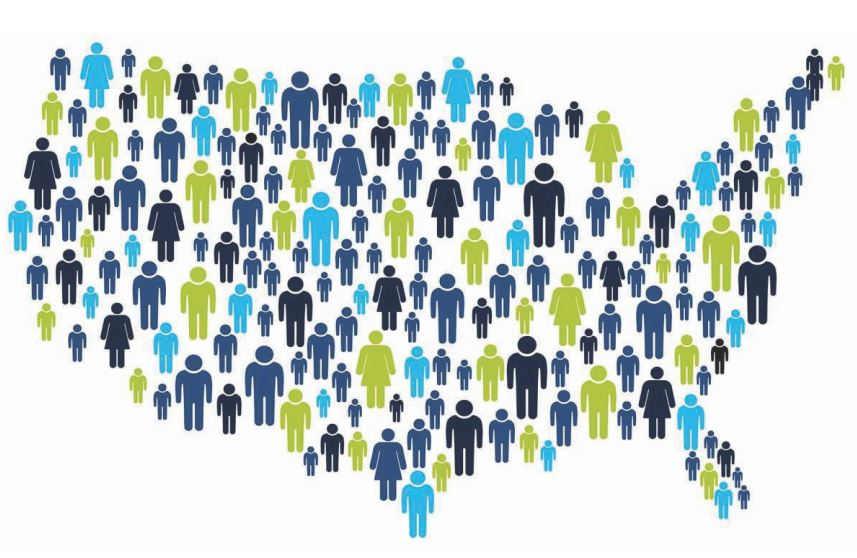 On Jan. 30, the director of Career Development and Community Partnerships, Kris Pierre along with student organizer Susana Ortiz, held a campus-wide meeting in Alumni Hall to discuss this year’s edition of the United States Census. Because the U.S. Census only occurs every ten years it can be mysterious to many, but as Pierre and Ortiz explained, it may be one of the most beneficial of all arms of the U.S. government.
Although most think the U.S. Census takes place every ten years, each census is actually a three-year process. The 2020 Census started in March 2018 and runs until March 2021. Many people think the census is optional or feel they can’t be bothered with it, but it is really the responsibility of all to participate in the census. The founding fathers determined that political power is derived from population so the census originally determined if seats needed to be added to or taken away from the House of Representatives. The House of Representatives passed the Permanent Apportionment Act of 1929 which established a cap in the house at 435 number of seats. Today, the census is used for restructuring representative districts and the allocation of federal budgets for such districts.
Many are aware that political representation in the United States is determined by the census. The number of representatives each state receives in Congress is determined by population as counted by the Census Bureau. But many are unaware of how the census affects other areas of American life.
Pell Grants, for example–one of the most significant ways the federal government funds college education–are affected by accurate population counts. Thousands of college students across the country are thereby directly affected by each census.
“That’s one reason the Census Bureau has decided to make NEIU a particular target for outreach,” Ortiz said. “College students are one category of people the bureau considers as ‘hard to count,’ along with people from minority communities such as African Americans, Asians and Hispanics. Other groups include young children, immigrants, people with limited internet access and renters. Many such people live in the neighborhoods surrounding Northeastern.”
Pierre and Ortiz also addressed a common concern about the census in an age of surveillance technology, particularly in light of the fact that federal law mandates that everyone living in the 50 states, the District of Columbia, and the five U.S. territories must complete census forms. The same law also directs that all responses are used only to produce statistics. In particular, the bureau does not and cannot provide specific personal information to law enforcement.
For this census, participation should be much easier because the bureau has introduced online census forms while the traditional methods of reporting via phone or paper will still be available.
The Census is one of the most important functions of the federal government, as it largely determines how political power is distributed to ensure that all U.S. residents receive a lot of benefits.
The primary mission of the Census Bureau is to compile accurate information. By providing statistical information, planners across the United States can begin imagining a realistic future. The information gathered has a direct impact on new roads and other infrastructure projects. And while in this age of surveillance technology information gathering does not appear quite as benign as it once did, the bureau is required by law to protect all its information.
For this census, participation should be much easier because the bureau has introduced online census forms. Traditional methods of reporting via phone or paper will still be available.