Opinion | Trump impeachment at a standstill. 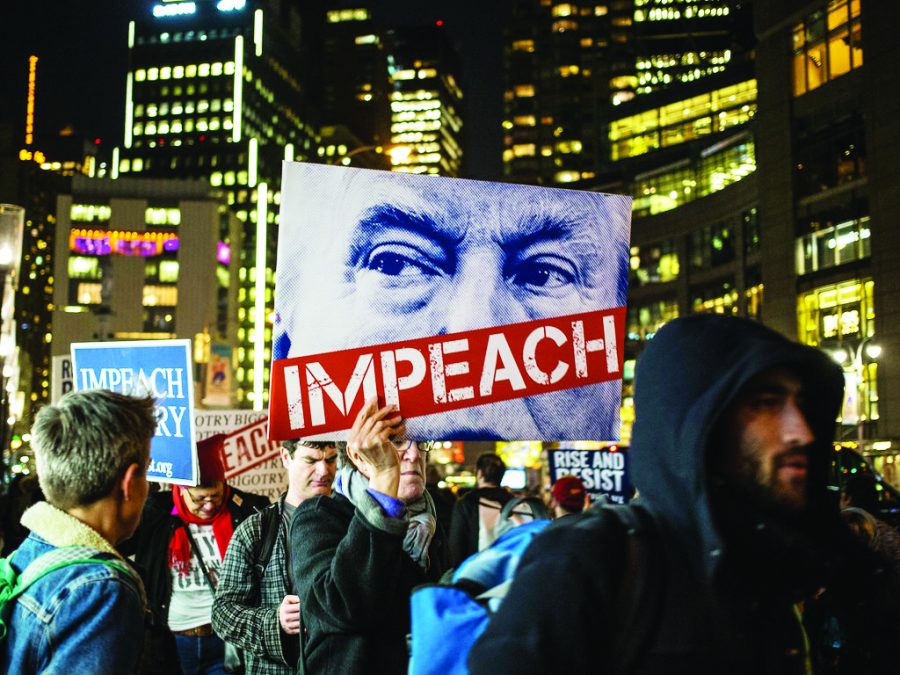 The Senate impeachment trial of President Trump began with a debate and vote on the rules of impeachment on Jan. 21. As with every vote on amendments to the rules proposed by Democratic lawmakers, the vote was along party lines with 53 senators for the rules as proposed by Senate Majority Leader Mitch McConnell and 47 against. During the entire procedure Senator McConnell insisted that the rules he outlined and adopted for President Trump’s trial follow the precedent set during the impeachment trial of President Clinton in 1999.

To convict and remove President Trump from office would require two thirds of the Senate to vote guilty.  With the evident partisan party line voting on the day of the rules making, it is highly unlikely that the Democrats would convince the twenty required Republican senators needed to achieve the 67 vote count for conviction.

Donald Trump is the fourth United States President to be Impeached, and the third to have his moved to a trial in the Senate; Richard Nixon, the only President to be impeached and not tried, resigned and was pardoned for any crimes he may have committed during his term by his Vice President and successor Gerald Ford.

The two previous Presidential impeachment trials involved President Andrew Johnson in 1868 to which he narrowly avoided removal by one vote, and over 130 years later President Bill Clinton avoided conviction by a comfortable seventeen votes along party lines with few senators agreeing with their political adversaries across the aisle.

While similarities certainly exist between the impeachment of President Trump and the impeachment inquiry into President Nixon’s conduct, the most notable being accused of using official resources for personal political gain; there are also important differences, the largest of which being Trump’s impeachment making it to a trial in the Senate and Nixon’s resignation before it could.

It is not unreasonable to consider that Trump didn’t follow Nixon’s example because he saw what happened when President Clinton was acquitted with the votes being divided on party lines and figured the same result was likely to occur in his case.

The constitution does not state whether a sitting president may be indicted under criminal law and the supreme court has never ruled on the prospect.  However, if convicted and removed from office the president may be indicted without any challenge as stated in Article 1, Sec. 3, Clause 7: “Judgment in Cases of Impeachment shall not extend further than to removal from Office, and disqualification to hold and enjoy any Office of honor, Trust or Profit under the United States: but the Party convicted shall nevertheless be liable and subject to Indictment, Trial, Judgment and Punishment, according to Law.”

If, as expected, President Trump is acquitted in the Senate then the process of bringing criminal proceedings against him will be further muddled

Ideological partisanship and party based tribalism makes it impossible for the Senate to operate as the impartial jury it was designed to be when the impeachment clause was added to the constitution.

When looking at the results and fallout of President Clinton’s impeachment trial it is impossible not to note that with very few exceptions all the votes were divided along party lines.  Upon the election of the next congress after 1999 the prosecuting side of Clinton’s trial, the Republicans, even though they won the presidency with the election of George Bush, lost one Senate seat and six seats in the House of Representatives.  It is probable that Republicans will attempt to replicate the effects of the last impeachment trial and hope that they, now being on the defense, will pick up some legislative seats from the Democrats in this next election. Both parties may be expecting to gain seats in the Senate and House; who will be determined at the next election.

It would have been more prudent to not have impeached The President, instead choosing to wait until the next election to remove him from office and subsequently bringing an indictment.  Whether this was the prudent course or not, the impeachment will be a constant topic of discussion during this election.