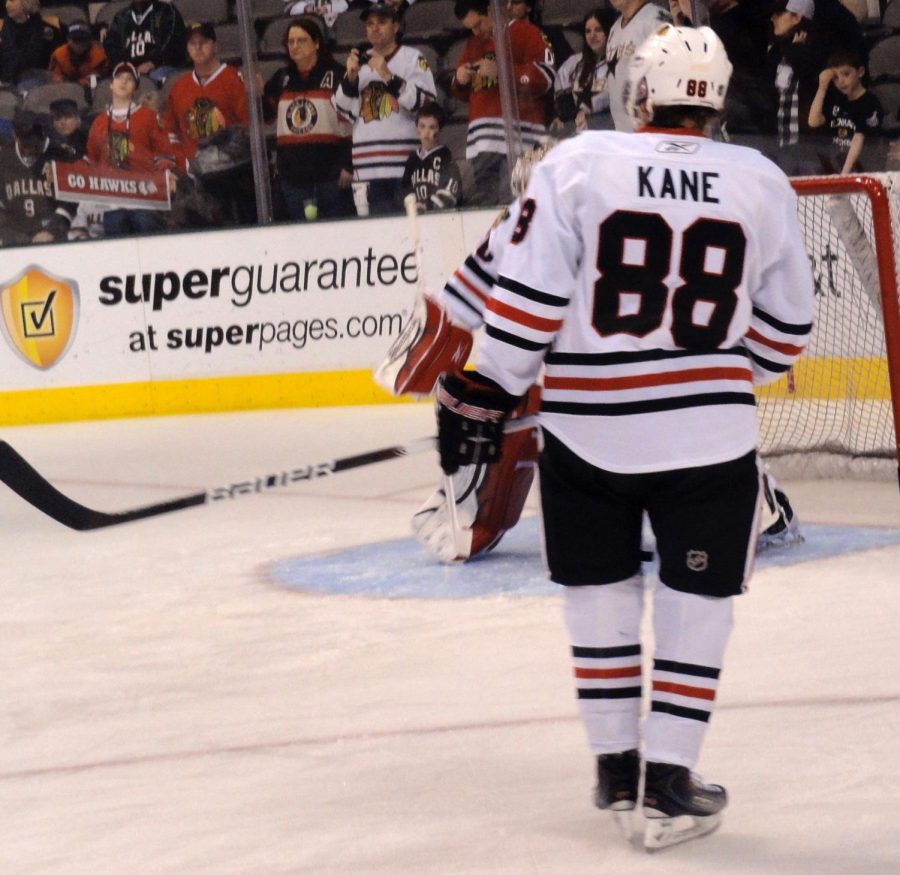 Patrick Kane scores his 1,000 points, all in a Blackhawks uniform | Photo courtesy of Wikimedia Commons

When Patrick Kane provided Ryan Carpenter with a perfect feed in the slot, he initiated a sequence of events that would engrave his name in NHL history.

Drafted first overall in the 2007 NHL Entry Draft, Kane has been instrumental to the resurrection of the Blackhawks franchise. Under the tutelage of former owner Bill Wirtz, the Original Six franchise plummeted to the bottom of the standings and attendance rankings. Wirtz was notorious for alienating legends and refusing to air home games under the guise of fairness for fans that purchased tickets, subsequently forcing Blackhawks fans to watch an already handicapped roster when they were at a disadvantage on the road.

Kane’s rise to superstardom coincided with the franchise’s new direction. Now owned by Wirtz’ son Rocky, the Blackhawks captured three Stanley Cups between 2010 and 2015, commencing what became known as the NHL’s “first modern dynasty.”  During that time, Kane scored at a point per game pace with 415 points in 414 games.

Though the Blackhawks have regressed in recent seasons, Kane has offered his best offensive outputs when the Hawks needed it most. Since the Blackhawks’ last Stanley Cup victory, Kane has twice eclipsed the 100-point mark, leading the league with 106 points in 2015-2016 on his way to earning his first Hart Trophy before scoring 110 points last season. This season, Kane has scored 62 points across 50 games.

Regardless of whether or not the Hawks rebound from their current two-season playoff drought, Kane will undoubtedly go down as not only one of the best to ever don the Blackhawks sweater, but also in NHL history.  The four-time All-Star currently sits 391 points behind Brett Hull for most points scored by an American-born skater.