Killing of an Iranian major general 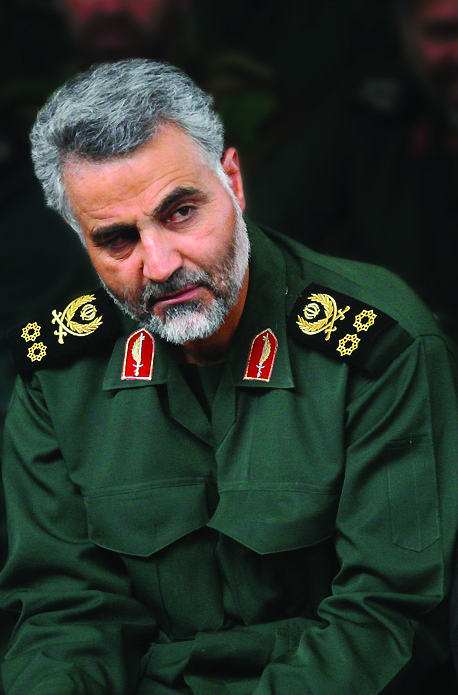 Qassem Soleimani, the Iranian major general of the Quds Force (Jerusalem Force), was assassinated on Jan. 3 near Baghdad International Airport. A U.S. airstrike struck the vehicle he was in, killing him and Abu Mahdi al-Muhandis, an Iraqi politician and the commander of the Iranian militia of Mobilization Forces.

As one of the Middle East’s most powerful generals, Soleimani’s death may push a volatile relationship between the United States and Iran to the brink of a war. Soleimani took part in the region’s most prominent events, such as the 1979 Islamic Revolution in Iran, the Lebanon War in 1982, the Iran-Iraq War, the Syrian Civil War and the fight to counter ISIS occupation. While tension between the United States and Iran is nothing new, tensions have recently escalated.

Below is a timeline of events that occurred between late December and early January.

Dec. 27: 33-year-old U.S. defense contractor Nawres Hamid was killed by an Iranian militia rocket at an Iraqi military base in Iraq. He worked as a linguist and an interpreter while living in Sacramento, California, where his funeral took place.

Dec. 29: According to the U.S. Department of Defense, the U.S. responded to Hamid’s death by launching an airstrike on Iranian-backed militia forces in Iraq, killing 25 militia members.

Dec. 31: In response to the U.S. airstrike, Iraqi protesters broke into the largest U.S. embassy in the world, located in Baghdad.

Jan. 1: U.S. troops used tear gas outside of the American embassy in Baghdad to force back the street demonstrators.

Trump told reporters at his Mar-a-Lago resort that Soleimani was plotting attacks on the U.S. and that the airstrikes were a decisive act of self-defense. He added, “We caught him in the act and terminated him.”

However, legislators doubt the legality of Trump’s actions. According to NPR, Trump failed to consult Congress prior to the airstrike that killed Soleimani. On Jan. 9, the House of Representatives approved a measure aimed at limiting Trump’s military action against Iran without congressional approval.

While Iran reserved three days to mourn the death of Soleimani, anti-American slogans were chanted across Iran from parliament members and street demonstrators, calling for “death to America.” Iran promised harsh revenge on the United States, with Iranian Supreme Leader Ali Khameini posting on Twitter, “#SevereRevenge awaits the criminals” who carried out the drone strike.

Many analysts underscore the significance of Soleimani’s death, claiming that killing a person of such high rank would equate to if Iran targeted either the U.S. National Security Advisor or Defense Minister.

International pundits ponder whether or not escalating tensions between the United States and Iran may act as a corridor to a third world war. Many rue the potential of civilian casualties, contending that such an extreme act was disproportionate to the intelligence available to Trump, particularly when considering the prospect of collateral damage.

According to Bessma Momami, a professor at the University of Waterloo and an analyst on international affairs, Iranians might not target American land itself, but their bases in Iraq make for easy targets.

There are U.S. military bases located in Iraq and eastern Syria. Meanwhile, Lebanon’s political party and militia, Hezbollah, is led by Hassan Nasrallah who had close ties with Soleimani. This could indicate that the United States and Iran might not be alone in this, as neighboring countries in the Middle East are a potential site for a proxy war.

While political analysts are flooding social media with speculation of a catastrophic war, any clear idea of what an escalation between Iran and the United States would look like remains elusive.