Juan Garcia gets the ball rolling 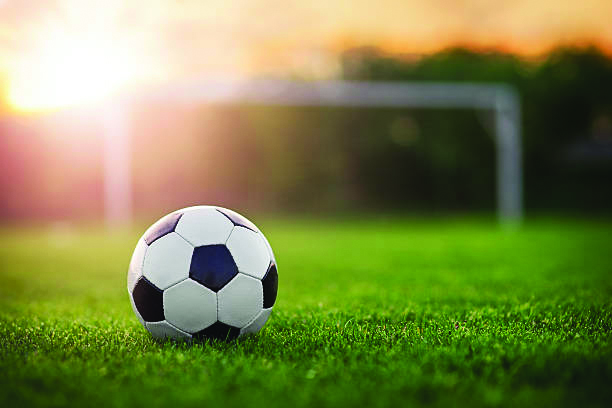 Garcia looks to keep the legacy of the NEIU soccer club alive. | Photo by: iStock

As an avid regular of NEIU’s on-campus soccer club, senior NEIU student Juan Garcia harbors an immense passion for soccer. Garcia, a political science major, enjoys being around others who share his enthusiasm for the sport and hopes to share the joy of soccer with any student that wishes to join the club.

As a child, Garcia spent time watching soccer with his father and uncle. The sport served as a foundation for the Garcia household to strengthen familial bonds, allowing Garcia to foster and expand relationships with family, friends and strangers.

“Soccer plays a major role (in my life),” Garcia said. “My parents were athletes at one point, they really enjoy the sport. All of my family loves to watch it. Most of the people I affiliate with enjoy watching the sport and playing. I have been surrounding myself with people that enjoy playing.”

Garcia says his decision to attend NEIU has greatly benefited him as NEIU’s standing as a  Hispanic Serving Institution (HSI) allows him to feel comfortable navigating campus life.

“I chose to attend Northeastern mostly because of the diversity here at school,” Garcia said. “Having people that look like you in regards to being a minority is important. That is one of the most important things that caught my eye about this university.”

Though Garcia acknowledges that he is not the best player on the field, he believes his leadership qualities are invaluable. Garcia specifically cites his ability to organize events and collaborate with others, saying he has a “unique ability” to direct others, particularly when managing in-game strategies.

“Growing up my favorite players have always been Brazilian,” Garcia said. “One that I aspire to play like would be Ricardo Kaká. I love his style of play, his vision and his technical ability when he played at Real Madrid, A.C. Milan and the Brazilian national team.”

Besides playing soccer on campus, Garcia partakes in recreational soccer in his hometown of Lake Zurich.

“I have started doing some recreational teams outside of college,” Garcia said. “There is a group of kids back home in my little suburb where we get together and kick the ball around and have fun, nothing really serious.”

Watching the World Cup strengthens Garcia’s bond with his loved ones. Garcia looks forward to getting together with both his friends and his uncle to watch the sport they love due to the positive energy the game inspires. He also cherishes the moments that he gets to watch the tournament with his father.

While the game of soccer is a driving influence for his social life, Garcia’s experience with NEIU’s soccer club hasn’t always been positive.. During the 2019 spring semester, Garcia studied abroad in France. Upon his return, he discovered that the soccer club had disbanded once the former club president graduated. No one embraced the challenge of assuming a leadership role, prompting Garcia to mobilize an effort to preserve the soccer club as a space for people that enjoy the sport.

However, as a senior, Garcia understands that his time at NEIU is almost over. Addressing his future, Garcia shares what his career aspirations are beyond NEIU.

“My major is political science,” Garcia said. “I would like to do law school at some point and hopefully, run for congress or a senate seat. To be honest, it was a last-minute decision to pick the major. It was my sophomore year and I had to choose something to major in. Political science was the last thing on my mind. One of my advisors told me that he could see me fitting into that program. I like the history behind it such as civil rights and the things that make up this country.”

In the meantime, Garcia is practicing his leadership skills by representing and publicizing the NEIU soccer club during his final semesters. His tireless efforts to revive and expand the club to its former glory really shine through the homage Garcia pays to the game that he loves. Garcia hopes that the legacy he leaves behind is preserved via a renewed enthusiasm from the NEIU student body for the soccer club and the game itself.