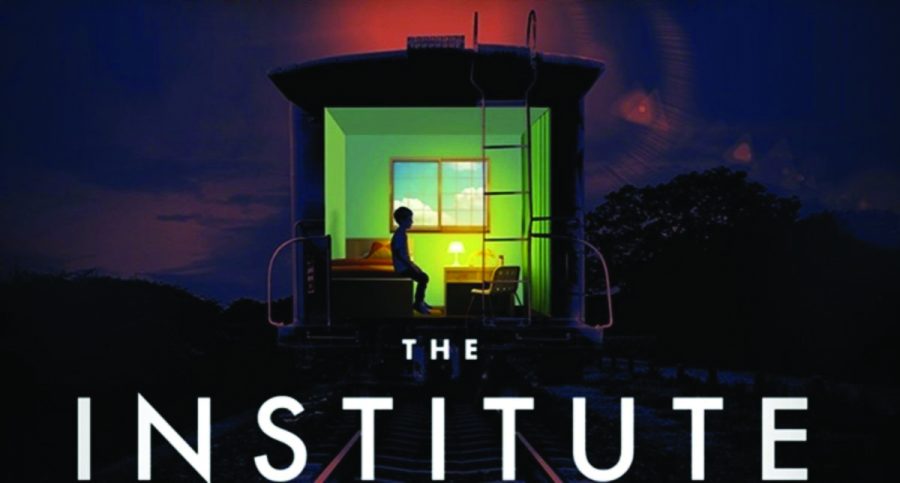 Stephen King’s new book, “The Institute,” tells the story of Luke, a 12-year-old boy who is kidnapped and brought to a facility, the Institute, because of his psychic abilities. It is a page-turning narrative that tells the tale of becoming an adult even when you are only a child.

Luke is a prodigy and has been accepted into two colleges. However, all that changes when he is taken to the Institute. Those who end up at the Institute are branded as TP (telepathy) or TK (telekinesis). They don’t have access to the world outside of the Institute’s walls. They suffer through painful and humiliating procedures, including taking endless shots. If they complain or argue, they are physically abused by the staff.

The procedures are explicitly described and that helps the reader feel how much the kids are being violated. Not only are they taken away from home, but they also can’t ask or do anything about their current situation. It is almost as painful for the reader as it is for the characters. It is only enhanced by the description of the setting. There are moments that make you feel claustrophobic, with the rooms offering no windows and a playground surrounded by a large fence.

The surprising level of violence changes the mood of the narrative. From the physical abuse, the kids suffer to Luke having to cut his earlobe off in a very descriptive passage, the elements of physical and emotional trauma remind the reader that this is not a typical childhood story like we are used to.

The social dynamics between the kids are interesting. Luke is friendly with everybody and because of his intellect, he is an important force in the group. Kalisha is one of the main leaders and every decision passes through her. Nick is the bad boy every girl has a crush on. He fights the staff as part of his daily routine. Avery starts as an underrated 10-year-old, but as the story progresses, he becomes the main voice in the group because he has the greatest level of power.

The pacing of the book is a bit slower than usual for King. He starts the narrative by telling the story of Tim, a man who becomes a police officer in a small town. At first, the story of Luke and his friends is disconnected from Tim’s story, but their stories intertwine later in the novel. The slow pacing in the kids’ portion of the story is also important because it allows the reader to get a full grasp on what happens inside the Institute and why the kids go to such great lengths to escape.

Just like every other King book, it is almost impossible to predict the plot twists. Especially in the last 200 pages when the stakes keep getting higher after every page. The change of tone from the first part of the book resonates well with the growth of the characters and the plot. The level of gritty detail only serves to make this an engaging read with compelling characters. The reader is sucked into the world King has created. Every kid has a strong and unique voice, which keeps getting more powerful as they learn how to live with the challenges imposed on them because of their gifts. Overall ‘The Institute’ is a thriller with a few twists, leaving the reader hungry to know more.