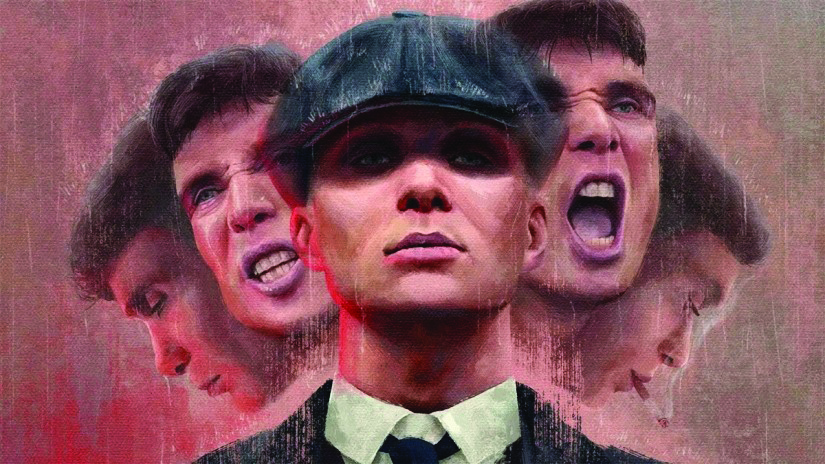 “Peaky Blinders” can be ranked amongst the very best of TV shows currently airing. For some reason, the Netflix exclusive doesn’t seem to have the fanbase its high quality deserves. Whether it’s acting, cinematography, writing or use of soundtrack, “Peaky Blinders” excels.

In Season Five of “Peaky Blinders” we rejoin the Shelby family just before the dawn of the 1930s’ in Great Britain. Tommy Shelby (Cillian Murphy) has made Shelby Family CO a legitimate power but is still not quite able to shake his street gang origins. Tommy is the same gangster he always was, only now he has the backing of some of London’s elite. While Shelby Family CO has prospered during the years between seasons four and five, that all changes with the crash of the American Stock Market as well as the rise of The British Union of Fascists (BUF).

While the American Gangster film has been covered ad nauseum, the British gangster scene hasn’t been so romanticized for the most part. This is in large part due to how dire the effects of World War I were on the people of Britain. Many soldiers who fought in the war felt largely abandoned by their government, and this allows BUF to gain more political favor. The similarities between 1930s’ politics in Britain and politics in today’s America are uncomfortably similar and proof that while everything changes, it also stays the same.

Despite its 1930s’ aesthetic, the use of a somewhat modern-day soundtrack is brilliant throughout. Standouts this season were “War Pigs” by Black Sabbath and “Climbing up the Walls” by Radiohead. Each really enhanced their respective scene and is an example of using songs to enhance emotion in a scene rather than manufacturing it. That’s without even mentioning the iconic “Red Right Hand” that opens and closes most episodes.

The show is also stunningly shot and stylized. Each episode contains some real gems in terms of cinematography, that beauty is repeatedly ruptured by extreme acts of violence. While that violence is somewhat glorified, there are some fun action set pieces, there is always fallout from that violence. Although much of the gangster lifestyle has been romanticized in American Gangster flicks, in “Peaky Blinders” we get to see the darker side of life. Each act of violence the Shelby boys commit hurts them almost as much as it does their victims – emphasis on “almost,” as they do kill a lot of people. But the Shelbys each long to find that in which they themselves deal. Death.

Season Five of “Peaky Blinders” is another strong addition to a criminally underrated show that continuously improves on itself. How Cillian Murphy hasn’t at least been nominated for an Emmy for his work is a mystery. He plays the king fearful of losing his crown to perfection, and each season brings something new to the table. He, and the rest of the show, is set up for a compelling storyline for the next season. With its abundance of talented actors, it will continue to be one of the better shows on Netflix or any other platform.