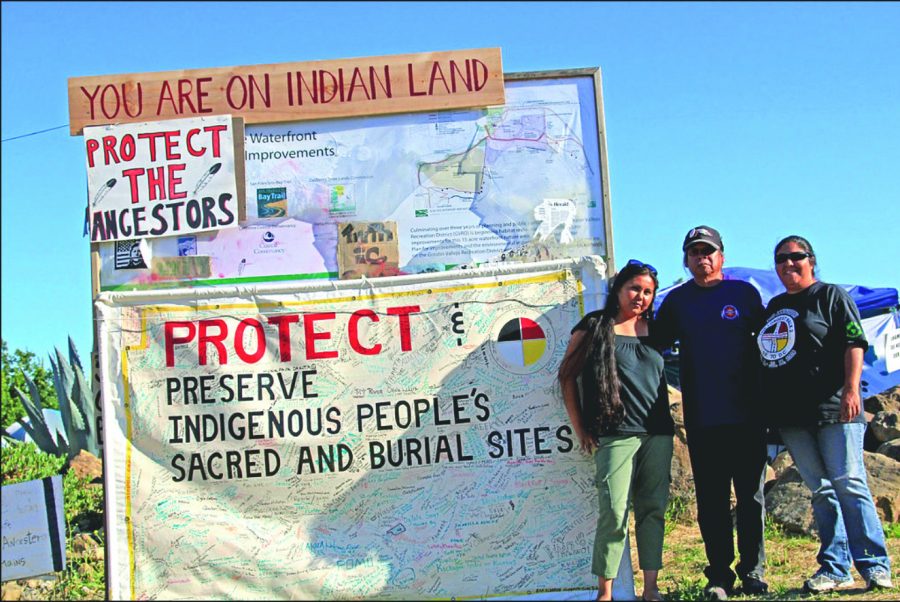 Protesters at Sogorea Te in Vallejo, California where Natives gained jurisdiction of sacred sites and ancestral lands. | Photo by Wikiwand

If you need any indication on how the renaming of Columbus Day to Indigenous Peoples’ Day is coming along, take a look at our country’s capital. While the city council in Washington, D.C. has formally renamed Columbus Day, the District of Columbia is still named after Columbus. We’re all over the place and we got a lot of work to do, folks. You know, in order to come together and resist the powers that be, undermine the Constitution and all that socialist jazz.

In a time where the issues of equality, immigration and race are heavily debated in our congressional chambers and in our homes, we must sit down and consider where we stand on this issue and what this symbolic gesture really means for indigenous people who live in this land.

To address the first point, if you really want to celebrate Italian-Americans, there’s a lengthy list to choose from. How about Ella T. Grasso, the first woman elected governor? Or Geraldine Anne Ferraro, the first woman Vice Presidential candidate on a national party ticket.

There is a difference between the relationship that exists between immigration and cohabitation and the one that exists between migration and colonization. Considering the horrendous history of Native American treatment by the U.S. government, the very least we can do is rename this holiday. This is in line with banning Native American mascots at colleges and universities. This year, Maine became the first state to ban such mascots in public schools and colleges.

Columbus’s journey marked the beginning of centuries of transatlantic migration and colonization, including the forced migration of Africans and the Spanish colonization of the Americas. In light of this fact alone, it is bizarre that we are still celebrating this man on a federal level.

Many will cry selective historical outrage. These are usually the same people who will almost proudly proclaim that the U.S. wasn’t the first country that participated in the slave trade (Portugal was). They are probably the same people who will travel to other parts of North and South America and proudly proclaim that they’re American. Spoiler alert: America is not just the United States.

Any logical and reasonable person can ascertain that to make any major conclusions about the entire history of humanity is futile. At least conclusions that are meant to drive change. If we’re always so quick to point to another country or another era’s transgressions as excuses for the way we act, then we are just moving backwards.

Furthermore, in celebrating Columbus, we adhere to an approach to history that seeks to glorify our progression without considering the cost of that progress. In which the past is told from the point of view of conquerors, diplomats and leaders instead of the workers, the conquered and the enslaved.

And all of this is not meant to drive hate toward Columbus. As a matter of fact, I say, instead of talking about all the violent acts committed by Columbus, let us focus on the acts of resistance that existed amongst the First People. That is what we should celebrate and remember. Better yet, let us recognize and fight ongoing anti-Indigenous brutality.

Let us consider the ongoing conflict between Native Americans and corporations which has spanned decades. Although federal laws acknowledge the religious and historic significance of Native Americans’ sacred sites, there is a lack of statutory protection when these laws fail to protect sacred sites in subsequent court cases.

Only through alliance, public education, regulatory oversight and a genuine public interest can we bring an end to the desecration of sacred sites by resource extraction. Because if we don’t, then renaming Columbus Day is just a symbolic gesture, mere window dressing that hides an otherwise crumbling home.