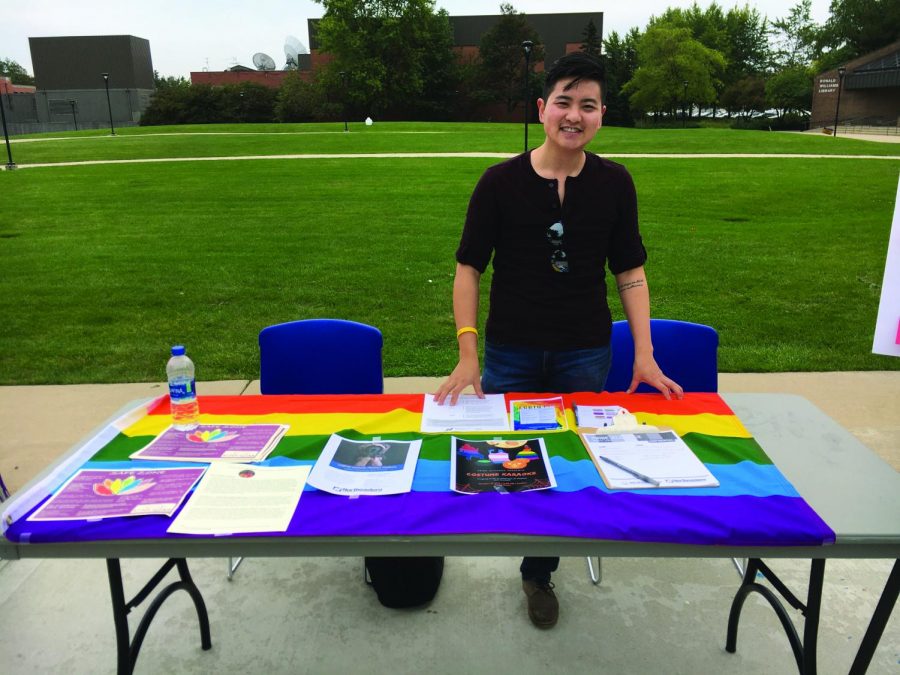 In honor of both LGBTQ+ history month and domestic violence awareness month, NEIU hosted a resource fair on Thurs. Oct. 10 from 1 – 4 p.m. It was held in the University Commons where several organizations were tabling. While the Pedroso Center and Pride Alliance organized the event, there were many groups present to provide assistance to all walks of life in situations of domestic abuse and LGBTQ+ support. The following groups were present at the event.

Kan Win is a domestic violence and sexual assault services agency that provides culturally sensitive and linguistically accessible services to Asian immigrant survivors of gender-based violence. They have two locations, one in Chicago and one in Park Ridge.

Resilience is a non profit organization dedicated to assisting survivors of sexual assault. They offer the 24-hour Chicago rape crisis hotline. The phone number is 888-293-2080. They can provide crisis intervention, medical and legal advocacy, counseling and support group.

The Hana Center provides services for Chicago’s diverse community of immigrants, women, youth, people of color, low-income families, LGBTQ+ folks and adoptees. One of their three locations is located on California Ave., a seven-minute drive off of campus.

The Illinois Domestic Violence Hotline is run by the Illinois Department of Human Services. It can be called or texted 24 hours a day. The phone number is 877-863-6338. With over ten languages spoken, this organization can assist with counseling, safety planning and temporary food and housing.

Trans Lifeline is a national trans-led organization with a hotline that is staffed with entirely trans identified operators. The phone number is 877-565-8860. They also offer a microgrants program that assists trans people in legal name changes and updated name and gender markers on ID’s, passports and immigration documents.

Mujeres Latinas en Acción is a Latina-led organization with three locations in Chicago and North Riverside. All three of their offices serve as safe spaces for Latinas and their families, immigrants and survivors of domestic violence and sexual assault. Mujeres Latinas en Acción also has a 24 hour crisis hotline. They provide crisis intervention, adult and child therapy and legal and medical advocacy.

While these are a few of the organizations that can assist victims of domestic violence in the Chicagoland area, there are more resources available to those struggling. NEIU’s Student Counseling Services is also a free and confidential resource for the students at Northeastern.