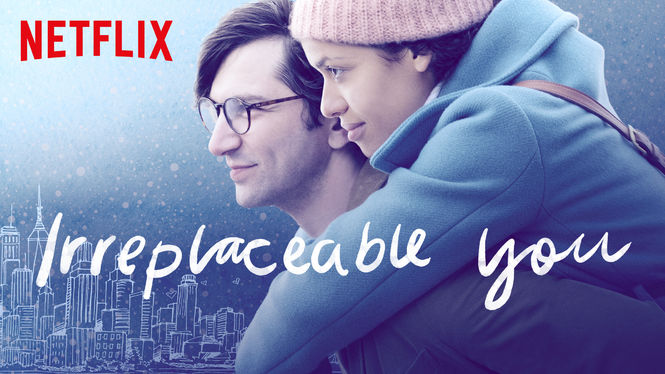 “Irreplaceable You”, a Netflix original movie, is the heartbreaking story about a couple that receives some excruciating news that will change both of their lives forever. Themes of acceptance and loss are tackled in a strangely funny way, leaving the audience to wonder whether they should laugh or cry. The answer is usually both.

Sam (Michiel Huisman) and Abbie (Gugu Mbatha-Raw) met when they were kids and it was love at first bite, as  Abbie bit a young Sam on a school trip to the aquarium. They had it all: good careers, amazing friends and an impending marriage. They thought the cherry on top of their proverbial sundae was going to be a pregnancy. Instead, they discover their worst nightmare: Abbie has stage four cancer. Everything changes rapidly, leaving the couple unsure of what to do next. Abbie is desperate not to leave Sam alone after she dies, so she settles on a plan: finding Sam a new girlfriend to take care of him.

Her plan consists of using dating apps and interviews to find Sam the perfect match. Abbie is determined to be a part of the rest of Sam ́s life, even if she doesn’t survive. She would do anything for the person she loves the most, even if that means finding him a new girlfriend.

The film takes us through every stage of their new lives from surgery to chemotherapy and the hardship of canceling their wedding. Every scene is more heartbreaking than the next, but the movie deals with these moments with a lot of humor, which creates light during even the darkest scenes.

Abbie joins a cancer patient’s support group, where they crochet and talk about their feelings and treatments. In these meetings, the humor is sharp and quick. There she meets Kate (Kate McKinnon) who is trying to find a positive way of thinking by means of mediation and religious yoga and Myron (Christopher Walken), who becomes Abbie’s partner in crime, helping her find the perfect match for Sam.

The connection between the characters and their uniqueness is a joy to watch. Myron stayed mad at his wife for two years on account of a purple couch. Abbie and Sam play a game where they consider impossible scenarios and ponder how far they’d go to save the other. For example, if Abbie ran away and joined a cult how would Sam win her back. These little moments make the relationships feel like they are real, as we are seeing the different bits and pieces of these people’s lives. It is heartwarming and creates a close connection with each character that makes the sad parts sadder and the funny parts even funnier.

The movie is well directed and has great cinematography. The skyline of New York is the perfect setting for this extremely-in-love couple, who tries to beat the odds. The movie’s color palette consists of pale tones of purple and pink, which helps reinforce the two characters’ feelings for one another. The almost exclusively instrumental soundtrack helps set the tone of the scenes without feeling overbearing.

“Insane things are normal” is a line said by Myron, that best describes the movie. From the sad storyline to the amazing characters, insane things happen to good people. We learn to accept this with them, even when we simply do not want to. It is hard to say goodbye to them when the movie is over, but the whole point of the journey is learning how to do it.