Between 2 Ferns: The Movie Review

Between a Fern and a Fern-place 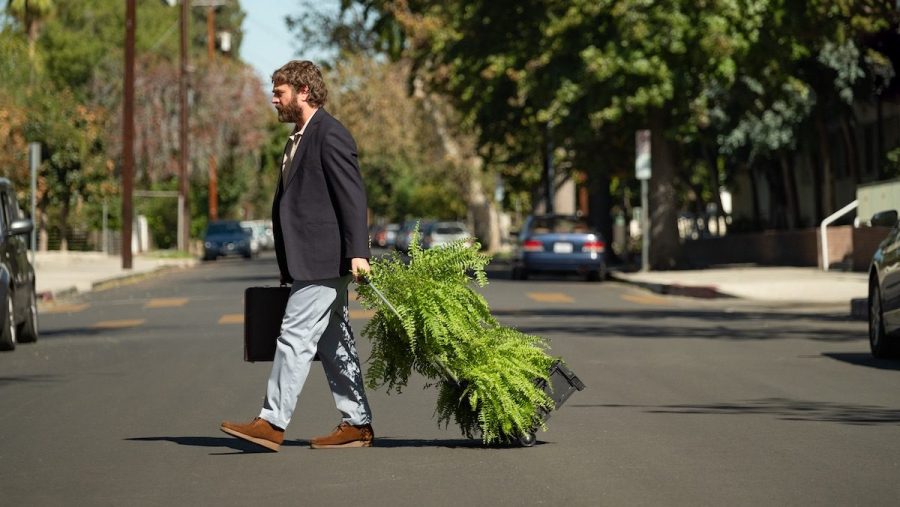 Your enjoyment of the comedy found in “Between 2 Ferns: The Movie” will largely depend on how you feel about both Zach Galifianakis’ comedy and the “Funny or Die” web series on which it is based. The film is a clever satire and lambasts the idea of “the celebrity” and the talk show genre, but it doesn’t quite deliver as many laughs as one would expect.

In the film, Galifianakis plays a heightened version of himself, an awkward man with dreams of hosting his own late night show. Thanks to some shenanigans involving a leaking pipe and Matthew McConaughey, Galifianakis finds himself owing a coke addicted Will Ferrell, 10 interviews. What follows is a road trip from North Carolina to California filled with the awkward interviews that fans of “Between 2 Ferns”  have come to both love and cringe at watching.

The interviews are the strongest part of the movie, it is where the majority of the laughs are found. The outtake reel during the credits is particularly good and made for a better watch than the rest of the film. The main issues stem from both the depictions of the celebrities that Zach interviews and that nothing else in the movie tops the comedy found in the interviews.

The issue with tonal consistency between the celebrities is that while some are playing characters comparable to their actual personality, others are playing heightened versions of themselves. This shift may seem small, but the biggest laughs of “Between 2 Ferns” comes from watching the famous men and women squirm as they don’t quite know what Galifianakis will throw at them next. Having the celebrity be in on the joke diminishes the results.

As for the rest of the plot, a documentary covering Galifianakis and his crew’s journey, nothing about it shines above the rest of the flick. Don’t get me wrong, there are some chuckles here and there, but it does very little to justify its existence at the end of the day. However, there is a critique of the road trip genre at the end of the film that is more clever than funny.

“Between 2 Ferns: The Movie” doesn’t quite land the way it wants to. There are some funny moments but unfortunately, it never justifies changing the format of the original show. The funniest parts are and always will be the interviews and the scenes that come between them only serve to dampen the enthusiasm. While it’s not a complete dud, this particularly fern could have used a bit more time to grow.

“Between 2 Ferns: The Movie” is awarded two potatoes on The Sipps’ Potato Scale.