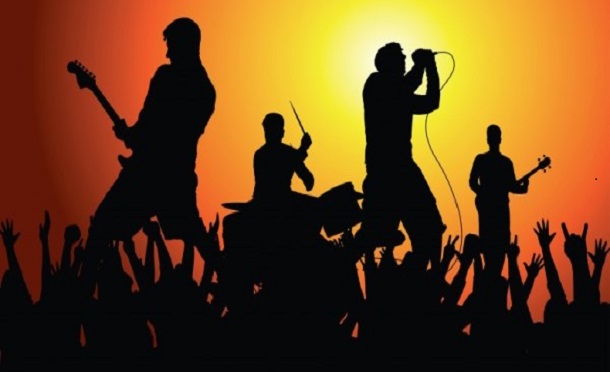 The days of Rock n’ Roll supremacy are over. Today’s airwaves are dominated by rap, hip-hop and pop artists, with the occasional EDM song sneaking in. However, just because rock is no longer the preeminent category does not mean capable artists are no longer honing their craft. In fact, many unheralded artists continue to release exceptional music to little-or-no fanfare. Let’s explore some lesser known bands who feel as though they are ready to breakthrough.
Bad Wolves

Bad Wolves broke onto the scene with their harrowing cover of the Cranberries’ “Zombie.” Founded by lead vocalist Tommy Vext (formerly of Snot) and John Boecklin (formerly of DevilDriver), Bad Wolves blends the high energy of nu-metal with the calculated vocals of hard rock, creating a unique dynamic. Vext, who filled in for Ivan Moody for the tailend of Five Finger Death Punch’s European tour, takes Moody’s vocal style and recalibrates it for a distinctive sound. Though the band is still in its infant stages, they have managed to gather a loyal following from their rendition of Zombies.

Badflower recently graduated from opening band status to small-venue headliner following the conclusion of their tour opening for Shinedown. The Los Angeles quartet opened eyes with “Temper,” a haunting four-song EP that illustrates the perils of addiction. However, it was their debut album, “Ok, I’m Sick” that earned the band national exposure. Vocalist Josh Katz masterfully transitions from soft crooning to ear-splitting screams, underscoring the volatility of the issues he sings about. Whether it be the trials and tribulations of heroin abuse or the flaws of American politics, Badflower will depict an expert narrative over catchy riffs.

Dirty Honey is a group that seems hellbent on single-handedly reviving blues rock. Rejecting the sanitization of radio rock, Dirty Honey takes their time when crafting their stories, as evidenced by the array of mini-solos found in “Down the Road”. Vocalist Marc Labelle’s vocals are reminiscent of a young Axl Rose. Sure, his range is unscientific in nature, but he hits the notes with such a cavalierness that fans find themselves captivated by the sheer boldness.

Formerly “The Stir,” Like Machines introduces a gritty, unfiltered sound on top of scintillating riffs. Like Machines fuses the guitar-centric songs of the 80s with the clarity of modern vocals, offering fans a musical experience seldom seen in today’s scene. While opening for Collective Soul and Fozzy has afforded Like Machines a platform to appeal to broader audiences, this band is both capable and talented enough to stand independently.

Comparison: Black Sabbath
Joyous Wolf
Joyous Wolf dominates the stage with unbridled passion and energy. Guitarist Blake Allard’s ability to manipulate the fretboard is beyond his years. Nick Reese saunters around the stage with intoxicating confidence. Bassist Greg Bracchio, standing 6 feet 8 inches tall, holds the group together with his expert fretting skills. The band takes a plethora of competing sounds and combines to construct an even, energetic sound that calls back to the great southern rock bands of yesteryear. Having already opened for legendary acts such as Slash feat. Myles Kennedy and the Conspirators, Deep Purple and Buckcherry, it’s only a matter of time before Joyous Wolf earns the following their music so eagerly demands. 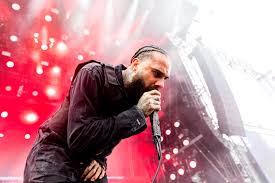 FEVER 333 burst onto the scene with the socially conscious “Made An America”, a rap-rock number that skyrocketed up the charts and earned the trio their first top-25 hit. Led by former Letlive vocalist Jason Aalon Butler, the band sounds like a reincarnated Rage Against the Machine. However, rather than coming off as a cheap imitation, FEVER 333 takes the brand popularized by RATM and makes it their own. FEVER 333 is also praised for their stage presence, using their unconstrained liveliness to illustrate their very harsh, very real message.

Comparison: Rage Against The Machine