Review for ‘The Great Leap’ 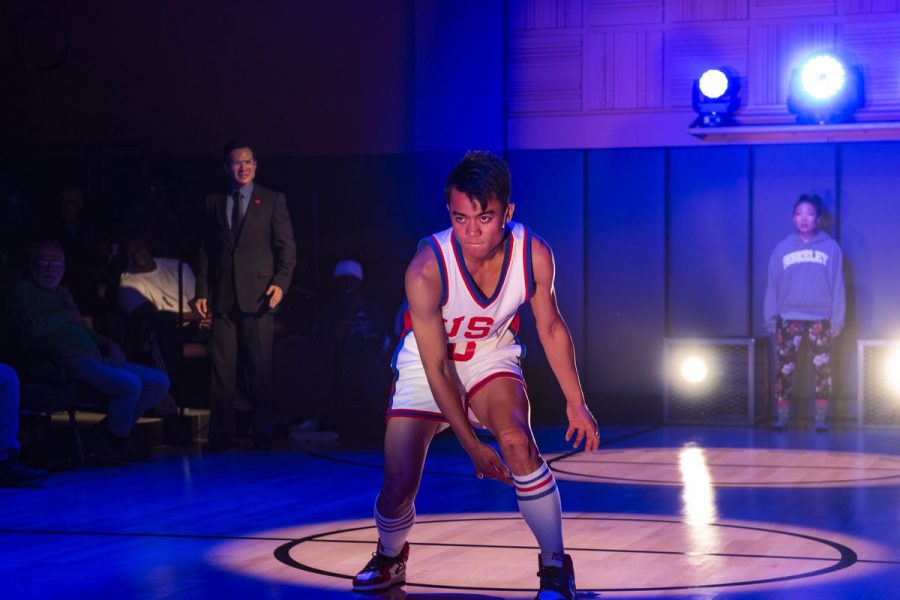 As a mid to moderate playgoer prior to attending NEIU, I have found that my understanding of productions was average to slightly above average. However, since coming to Northeastern three semesters ago, I’ve become very involved with Stage Center Theater – an experience that has grown my theater knowledge greatly.

That being said, when I went to see “The Great Leap” at Steppenwolf Theatre, I was introduced to a lot of new elements that I had never seen before. The advanced lighting system, the alley style stage and incredibly effective use of a very minimal cast all offered aspects of theater that I didn’t know were possible.

“The Great Leap” is the story of post cultural revolution in China and its tensions with America at that time. It uses basketball and the American sentiment of camaraderie to showcase how the two societies differ. I think that this play is very poignant given our current political climate because it offers the audience a chance to reflect on what life would be like for us if we had alternative political leadership.

Given that it was such an emotionally charged play, I think the aspects of the production that worked for me were directly related to how the actors maintained a tense demeanor throughout the entire show. I appreciated not only the minimalistic cast of only four actors, but also that this play did not get whitewashed. The actors that were cast for characters meant to be Chinese or Chinese Americans were played by people of color. Representation is really important to me in film and theater, so I am glad that Steppenwolf properly represented the characters and stayed true to the script, written by Lauren Yee.

With that in mind, I was pleased to recognize the actor playing Manford Lum as soon as the lights came up. I had previously seen Glenn Obrero perform at Rivendell Theatre last winter. Seeing as how I have only been going to plays in Chicago for the last year or so that I’ve lived here, being able to immediately draw a connection to a previous theater experience was amazing. The actor that stuck out to me the most for his performance was James Seol, who played Wen Chang. The play ended with a monologue by Seol that sent a shiver down my spine. It took the breath out of my chest and, when the lights came up for final bows, I had to take a minute to snap back to the present.

With only four actors on stage at any given time, I think that the movement of the production was driven by the staging, precise lighting and minimal prop usage, as well as the actors themselves constantly pushing with each emotional line. The stage itself was transformed into a basketball court and the lighting design utilized the lines on the court to signify a transition of time and location. This idea was very effective in moving the audience from one scene to another.

The whole story arc was very smooth and well written. Just enough details were given in the first half of the play to spark a controversial conversation between my play-going partner and myself during intermission regarding what the rest of the story was going to be. Turned out, I was right, as usual. Following that sentiment, the story wrapped up really neatly. There were no loose ends or questions as I left the theater. I drove home with a feeling of completion.

The one element of the play that I had a problem with wasn’t anything to do with the actors or the actual production. The traverse (or alley) style of the stage made it difficult to hear when the actors were facing away from me. So this means that at any given point throughout the production, half of the audience probably had difficulty hearing the lines. The staging attempted to accommodate for this fact by having the actors rotate in a circle throughout long pieces of dialogue; but ultimately, I just felt like any time the actors were facing away from me, I was missing part of the story. While I still gleaned the general idea of the story arc regardless, if I had missed an important piece of dialogue, I might not have been able to string the story together.

All in all, I give it a 95 out of 100. Or whatever that translates to in the Sipps Potato Scale.