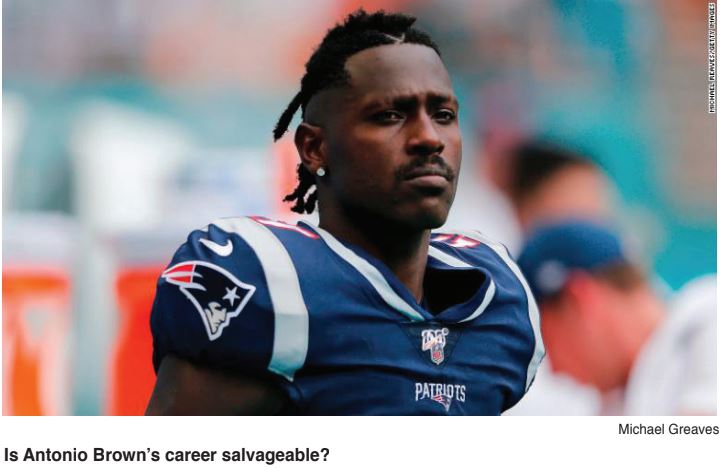 America has a history of valuing social status, physical appearance and talent over morality. High-profile athletes are shielded from the ramifications of their actions, a courtesy that is seldom provided to the general public. For example, Michael Vick was forgiven for being involved with a dog fighting ring once he proved he could still capably throw a spiral. Michael Jackson’s legacy still stands strong, despite repeated allegations of child molestation. Chris Brown is still popular and relevant after committing domestic battery against his former girlfriend Rihanna.

The professional sports industry is no exception to this pattern.  The approach sports organizations such as the National Football League (NFL) and Major League Baseball (MLB) take to handling cases of domestic violence and sexual assault is troubling. There is a clear, identifiable problem. More needs to be done to ensure that those who violate policies and laws are punished.

Two major ongoing investigations have recently rocked the sporting world. These investigations are centered around free agent wide receiver Antonio Brown and suspended Pittsburgh Pirates closer Felipe Vásquez. Vázquez is facing several felony and misdemeanor charges in two different states, including statutory rape, corruption of minors, coercing a minor to engage in sexual conduct, unlawful contact with a minor and a misdemeanor, indecent assault of an individual less than 16-years-old.  The victim was only 13-years-old at the time of the assault. Vázquez has been placed on administrative leave pending the formal charges and an investigation. In the MLB, being placed on administrative leave does not equate to forfeiture of salary.

Antonio Brown is facing accusations from two women of rape and sexual misconduct. Brown was recently accused of sexual assault by his former trainer Britney Taylor. A second woman who wishes to remain anonymous came forward accusing Brown of sexual misconduct. Brown and his legal team have since denied the allegations. Following the allegations, Brown sent several intimidating and harassing text messages to one of the accusers, casting doubt on his claims of innocence. Unaware of the allegations, The New England Patriots signed Brown to a 1one-year contract and allowed him to practice with the team. However, even after the allegations were made public Brown was allowed to play against Miami in Week 2. However, once the screenshots were disseminated across social media, the Patriots released Brown. Nevertheless, several teams are rumored to have expressed interest in acquiring Brown, highlighting an underlying issue that demands to be addressed.

NFL running back Kareem Hunt is currently serving an eight-game suspension with no pay for violating the NFL’s Personal Conduct Policy. Hunt was involved in a domestic violence altercation that took place at a hotel in Ohio in June of 2018. The incident was captured on video and resulted in the Chiefs releasing Hunt. Since then, Hunt has apologized for his actions and is committed to utilizing the resources available to him in order to grow and live up to the personal conduct expectations players are expected to uphold.

Insufficient handling of player misconduct has also plagued the Chicago Cubs organization. In 2015, Cincinnati Reds pitcher Aroldis Chapman was accused of choking his girlfriend before firing eight gunshots in her direction in the garage of his Florida home. Chapman did not admit to choking his girlfriend, but did admit to the gunshots. Several months after the incident occurred, he was traded to the New York Yankees, who proceeded to trade him to the Chicago Cubs in July of 2016. The Cubs willingly took on Chapman, despite his history of domestic violence.

Additionally, second baseman Addison Russell was acquired by the Cubs in 2014. In 2018, allegations surfaced of domestic abuse against his wife Melisa Reidy-Russell, who filed for divorce shortly after the allegations were made public. After an investigation by MLB, which concluded that there was credible evidence to suggest that the abuse did occur, Russell was suspended for 40 games. He has since returned to the Cubs lineup.

Boston Red Sox pitcher Steven Wright was handed an 80-game suspension not long before the 2019 season started, a suspension triggered by his use of performance-enhancing drugs (PED). The MLB apparently decided Wright’s PED use was twice as egregious as Russell’s domestic battery offense, as Wright served a suspension twice as long. This demonstrates that the MLB sees performance-enhancing drug use as a more punishable offense than domestic battery.

People are not immune to making mistakes, but there should be heavier consequences than simply missing a slew of games. The NFL’s Personal Conduct Policy notes that it will provide players, victims and family members with counseling and other resources, but it begs the question of whether that is enough to offset the long-term trauma caused by the offender.

These individuals play at a high level and are aware that they live their lives under a microscope. One would think that heightened levels of scrutiny would deter players from involving themselves in such heinous patterns of behavior. Does their status lead them to believe that they are insulated from consequence? Heavier consequences could deter future players from making these same mistakes. It would set a precedence across the league that gross misconduct will not be tolerated. As public figures, players should be held to a higher standard than the general public because of the esteemed platform their position affords them in society. Many children look up to professional athletes. It shouldn’t matter how talented an athlete is, they should be held fully accountable for their actions like anyone else would be.