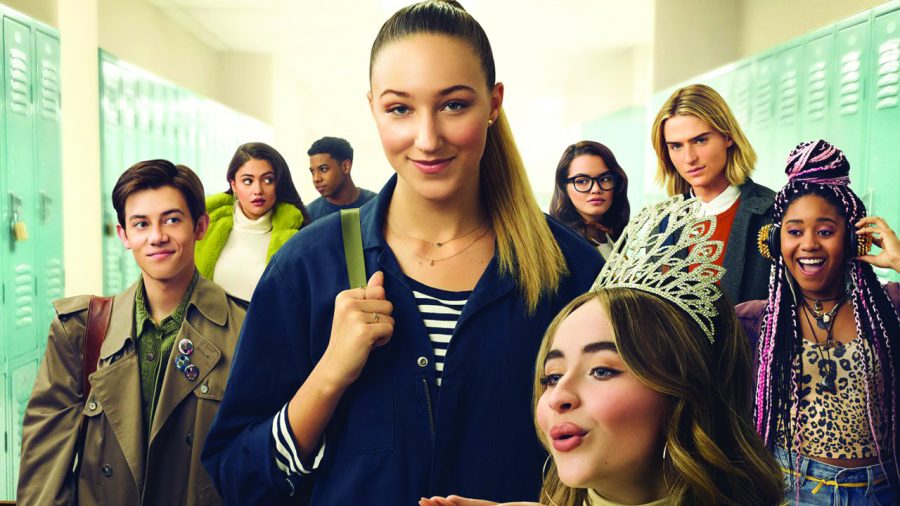 “Tall Girl” is a Netflix original film focusing on the life of a -wait for it – tall girl. Directed by Nzingha Stewart, the teen rom-com follows a 6 foot 1 inch tall high school junior by the name of Jodi (Ava Michelle). Everyday life is a constant struggle for Jodi due to her height related insecurities. These insecurities stem from within herself as well as her classmates projecting insults onto her. Full of classic stereotypes and cliches galore, it raises the question: How low will Netflix set its standards for teen movies?

Jodi has always been the tallest girl in school and she’s always been uncomfortable with it. After 16 years of slouching, one day she decides to stand tall when Swedish foreign exchange student Stig (Luke Eisner) shows up at her school. Not only is he good looking, but more importantly he’s taller than she is, which automatically grabs Jodi’s attention. This new crush turns Jodi’s world upside down, she’s trapped in a love triangle as well as a makeover along the way from her pageant queen sister Harper (Sabrina Carpenter). This “makeover” involves only taking her hair out of its usual ponytail and wearing something other than gym clothes.

Apparently, this high school does not have a basketball team and nobody there has ever seen a teenage girl with a growth spurt. Every other classmate Jodi has is nowhere near her height. Casting directors must have only hired actors under 5 feet 5 inches tall, making the character of Jodi tower over everyone.

“Tall Girl” features the usual twists and turns that defines any other movie targeted for teens, but highly exaggerates them. There is a lack of originality, as every action is predictable and cringeworthy. The entirety of the movie solely focuses on the fact that Jodi is tall. This trait becomes her identity and personality and nothing more is given to this character. Before “Tall Girl” was even released, the trailer itself sparked controversy on social media platforms. The idea of a tall white woman feeling oppressed for her height in current society is insensitive to the groups of people who are actually facing oppression for bigger and more important issues. The line, “You think your life is hard? I’m a high school junior wearing size 13 Nikes” makes it seem as though having large feet is the biggest problem in the world and no one else can compare their struggles to Jodi’s. This quote has become quite the topic of conversation as well as a new meme going around on Twitter.

“Tall Girl” is a predictable collaboration of words and actions that can be seen a mile away. A large variety of films have delved into the topic of insecurities surrounding height, but have done so with taste, originality and in more impactful ways. With nothing new to bring to the table, this tall tale was a big miss that could have had some potential.