Every Championship on the Line 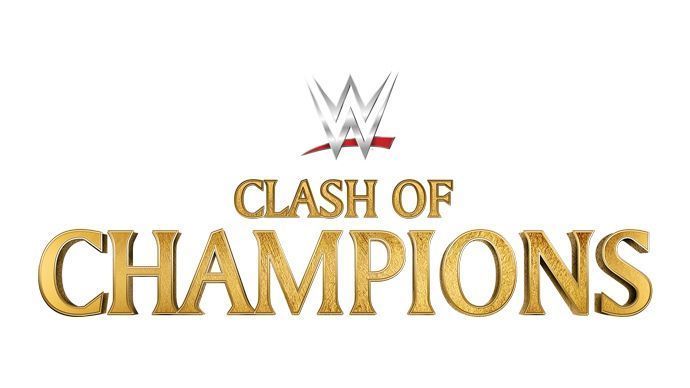 Will Jones and Matthew Rago

WWE’s Clash of Champions took place at the Spectrum Center in Charlotte, N.C There were a total of 11 matches on the card, with two matches taking place on the pre-show. As with every Clash of Champions pay-per-view, every WWE main roster championship was defended. While WWE Clash of Champions lacks the glamor of SummerSlam, the superstars still put on a great show.

Looking to send a message to the rest of the WWE roster, AJ Styles emphatically defended his United States Championship against Cedric Alexander. The placement of the United States title on the pre-show was a strange decision. Styles defeated Alexander after delivering a Styles Clash outside of the ring. With Styles retaining in such a convincing fashion, the match returned heat to a Club faction that had been an afterthought in recent weeks. Each of the pre-show matches earned a B grade.

Analysis: Sacrificing Alexander so early in his push seems shortsighted. Alexander deserved a strong showing on the main card, which would have reinforced the idea that he was a legitimate threat to the upper echelon of WWE. Additionally, WWE needs to do away with 205 Live. It was a novel concept that never took off. Cruiserweights graduating from the show didn’t help perception either.

Raw Tag Team Championship — Bobby Roode and Dolph Ziggler defeat Seth Rollins and Braun Strowman (C): This match was a bit predictable, but was salvaged by a hectic finish. While Rollins and Strowman displayed chemistry in the beginning, it dissipated once Strowman accidentally bulldozed Roode into Rollins. Rollins hit his head on the turnbuckle, causing him to be a non-factor for the rest of the match. Ziggler pulled Strowman out of the ring affording Roode a chance to hit the Glorious DDT for the pinfall.

Analysis: Ziggler and Roode are two guys who are too good to be omitted from shows, but not quite over enough–perhaps with the exception of Ziggler–to frequent the main event scene.  If WWE books the duo correctly, it could elevate each superstar to new heights. On the other hand, Strowman and Rollins winning the titles served no purpose other than stunting the momentum of the Club. However. Gallows and Anderson deserve part of the blame, as they routinely fail to deliver in big spots.

SmackDown Women’s Championship — Bayley (C) defeats Charlotte Flair to retain her title: It finally looks like Bayley’s heel turn is in full effect. The “woos” resonated throughout the arena as Flair made her way to the ring.  Bayley, despite her imminent heel turn, was still using her hugger gimmick.

With Flair was distracted by the referee, Bayley seized the opportunity to expose one of the turnbuckles. Bayley then slammed Flair into the exposed turnbuckle, incapacitating Flair long enough for the pinfall.

Analysis: The fervor that followed Bayley in NXT never translated to the main roster, causing a difficult dynamic. Bayley’s character quickly became stale and WWE’s insistence on pushing her as a lovable face did her no justice. It seems as though Bayley is going to adopt Bo Dallas’ old gimmick as a delusional face who believes herself to be a hero for the children. That should rejuvenate a performer who helped revolutionize women’s wrestling.

SmackDown Tag Team Championship — The Revival (C) defeats The New Day via submission: Dash Wilder and Scott Dawson targeted Xavier Woods’s left knee injury during the match. After hitting the Shatter Machine on Big E, the champions ripped off Woods’ knee brace and put him in an inverted Figure-Four Leg Lock. Woods’ screams echoed throughout the arena before he was finally forced to submit. This match was fairly average considering the talent involved, but it was still an exciting match.

The Revival’s alliance with Randy Orton’s seems to have boosted their stock.  However, considering the talent involved, this match should have stolen the show. Unfortunately, The Revival are yet to display their in-ring prowess on the main roster, seemingly handicapped by Vince McMahon’s lack of interest in the tag team division.

Women’s Tag Team Championship — Alexa Bliss and Nikki Cross (C) defeat Fire & Desire (Mandy Rose and Sonya Deville) to retain their titles: This match was a bit underwhelming before 24/7 Champion R-Truth and Carmella disrupted the match. A faction of WWE undercarders gave chase to R-Truth and Carmella, forcing them into the ring. Bliss attempted to win the 24/7 championship by rolling up R-Truth, but R-Truth kicked out at two. R-Truth and Carmella eventually escaped through the crowd as the match continued. Fire & Desire hit their finisher on Bliss, but the pinfall attempt was broken up by a diving Nikki Cross. Cross then pinned Rose to retain the Women’s Tag Team titles.

Intercontinental Championship — Shinsuke Nakumura (C) defeated The Miz to retain his title: The buildup for the match wasn’t as strong as the other matches on the card. Sami Zayn was wearing a neck brace as he cut a promo on The Undertaker before the match. Zayn’s interference ruined The Miz’s chances of capturing the Intercontinental Championship.

Analysis: Miz as a face isn’t working. The scathing promos that got him over as a heel have been absent from this rendition of his character, neutralizing all the good will he had earned. Nakamura and Zayn remain an interesting pairing, but their potential together still seems untapped. One great match would do wonder for the Intercontinental Champion.

Raw Women’s Championship — Sasha Banks defeats Becky Lynch (C) via disqualification; Lynch retains title: A hotly contested contest for one of the best women’s feuds of the year. Both women applied their finishers on one another to no avail. Banks used Lynch’s body to obstruct the referee’s view before delivering a chair shot. Banks almost obtained the pinfall, but Lynch kicked out. Lynch used the steel chair in an attempt to immobilize Banks, but instead accidentally took out the referee, triggering the disqualification. A brawl would ensue between Banks and Lynch that spilled out throughout the arena.

Overall, this was an amazing match. In a feud dripping with heat, Lynch and Banks abandoned their title match in favor of an all-out brawl. The women made their way into the crowd. They battered each other with weapons. They attempted to injure and maim one another, setting up an enthralling encounter at Hell in the Cell which should be a Match of the Year candidate.

Analysis: This feud has the makings of an instant classic. It will be exciting to see where their feud goes from here. However, what makes this feud even more entertaining is that neither superstar is in a position to lose. Banks heel turn is too fresh to endure a loss while Becky reverting to her Lass Kicker persona has reinvigorated her title reign.

WWE Championship — Kofi Kingston (C) defeats Randy Orton to retain his title: The crowd seemed indifferent to this contest, presumably recuperating from the Banks-Lynch brawl that preceded it. The highlight of the match came when Orton hit a surprise RKO on Kingston. Besides that, this match was one of Kingston’s weaker title defenses. Orton attempted his signature punt, but Kingston countered with his Trouble in Paradise finisher for the pinfall.

Analysis: Regardless of crowd reaction, Kingston’s definitive victory over Orton will be remembered as the feud that legitimize his reign. Kingston has now defeated Samoa Joe, Kevin Owens and Orton, making him arguably the strongest booked champion in WWE. With that said, it’s time for Kingston to move on to another opponent and it looks like Brock Lesnar may be the man to end Kingston’s Cinderella story.

Either way, Kingston evolving from third wheel of the New Day to a legitimate WWE champion is what make WWE so fun.

Erick Rowan defeats Roman Reigns — No Disqualification: Surprisingly, this match was more entertaining than the WWE Championship match. After literally attempting to murder Reigns, Rowan was placed in his first marquee pay-per-view singles match since his underwhelming feud with the Big Show back in 2014. At Clash of Champions, Reigns finally got his opportunity to exact revenge. However, that wouldn’t be the case.

As Reigns barreled down the entrance ramp to deliver a Spear to Rowan, Luke Harper–who had been out of action for about six months–emerged to help his former tag team partner capture the victory. Rumors are swirling about a Wyatt Family reunion. Let’s hope for it.

Analysis: Rowan is a better tag team performer than singles competitor. Severing ties with Daneil Bryan seemed premature, but with the reemergence of Harper, that bit of questionable booking makes a lot more sense.  It’s great to see Harper back on television as his dispute with WWE earlier this year was an ugly blemish on the company. Harper is one of the best big men in the business and deserves a spotlight every now and again.

Universal Championship — Seth Rollins (C) defeats Braun Strowman to retain his title: It seemed certain that Strowman would finally capture that elusive Universal Championship, but Rollins had other plans. The crowd was stirring a bit after Rollins unexpectedly kicked out of an impressive frog splash from the top rope by Strowman. It would take four Curb Stomps and a Pedigree to put the Monster Among Men down once and for all.

During Rollins post-match celebration, the lights dimmed and gave way to the harrowing screech of Bray Wyatt. Wyatt, donning his Fiend attire, emerged to deliver a menacing Mandible Claw to the champion. WWE Creative has done an amazing job reinventing Bray Wyatt. It will be interesting to see how the Fiend fares in his first title opportunity since returning from hiatus.

Analysis: WWE needs to pull the trigger on a Strowman title reign. The company tends to fall into a disheartening pattern where they allow a wrestler to get over but postpone his push until the novelty wears off. Strowman, billed as an unstoppable monster, routinely gets beaten in decisive fashion when the lights shine brightest.

I worry about Wyatt. If anyone can pull of a dual-personality persona, it’s him.  However, one premature loss and Wyatt is back at square one. The perception around Wyatt’s old character was that he’d talk a big game before losing in marquee matchups. He was booked as an obstacle rather than a challenger. Wyatt needs this win to keep his momentum, otherwise he’ll just be a loser wearing a scary mask.