From Black Hat to White 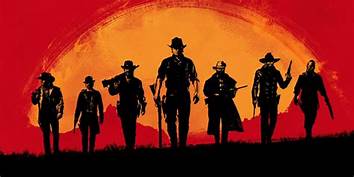 The last few games I’ve played had disappointing narratives. I had to ask myself if I was being too hard on videogame storylines? Though there is a place for all types of media in my heart, videogames are my primary choice. We tend to be hardest on the things we love. Was this the issue? Was I expecting too much?

It’s been said that a movie or TV show will play with or without audience involvement. A book’s story won’t change depending on who’s reading it. But a game–a game– can change and be shaped by the player. This allows videogames a level of immersion that no other form of media can offer. So why is it that I’ve been left so dissatisfied?

I had to think back to the last game that truly impacted me. The last storyline that stuck with me long after I put down the controller. One game came to mind. Red Dead Redemption 2 (RDR2). RDR2 tells the tale of Arthur Morgan, an outlaw in the dying West and proud member of the Van der Linde gang. Morgan is an older, world-weary outlaw and has reached a more contemplative point in his life. He is intelligent enough to know that his way of life is coming to an end, forcing him to reconsider the decisions that brought him to this point. This also allows gamers to decide what kind of man they want Arthur to be.

Typically, when games offers a moral choice, I tend to choose the just option. I almost always play the good guy. With Arthur however, that didn’t feel right. Arthur had made his choices in life and it felt wrong to force him to be something he wasn’t. So, I robbed those I didn’t have to. I got into shootouts that weren’t necessary. I caused carnage and chaos everywhere I went. It felt true to the man Arthur was. Was he proud of what he did? No. But he did what he had to do to keep his chosen family safe.

At different points throughout the journey, Arthur takes time to reflect. During these moments he is visited by a wolf. Staring out at him from the wilderness, the wolf is the embodiment of who the character really is, a lone wolf not meant to run in the world of man. Arthur and the player both know where this journey will end. With mankind culling the lone wolf.

And then everything changed.

While walking through Saint Denis, Arthur collapses in a coughing heap. Feeble and weak, he crawls to the doctor’s office, where he is informed that he has contracted tuberculosis. The disease is too far along and there is nothing that anyone can do. Arthur is advised to go to a dryer climate and wait out his days. But that isn’t an option for him, not while his family needs him.

I almost didn’t notice it at first but both Arthur and I were reluctant to continue our outlaw ways. Money didn’t seem to matter much anymore. Arthur became more generous with both his time and money. He made amends as best he could with those he wronged. He called out the cruelty of those he had once called friends. He was becoming a far better man while dying than he had ever been while living.

I didn’t comprehend the change until Arthur once again had a moment of contemplation. The lone wolf was gone, instead replaced by a gentle doe. At first, I questioned why the wolf had gone. I had not realized that the wolf was a reflection of Arthur’s low honor and the type of man he once was. It was only then that I understood the change both he and I had undergone. The beauty of that realization was that it was indeed my choice.

Arthur doesn’t need to change. He can be an embittered outlaw till the end, but that wasn’t my version of Arthur. My Arthur eventually proved to be a good man. A flawed man to be sure, but with a good heart. There was no heavy-handed message telling you to do the right thing. There was no overreliance on clichés. There was no false choice to make. There was just me, Arthur and a decision: What kind of men do we want to be?