All hail the Queen 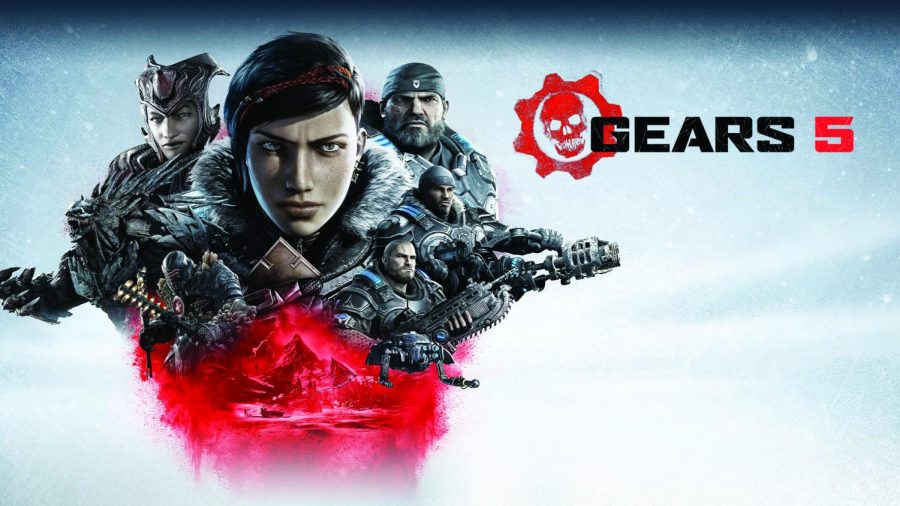 Gears of War 5 (GOW5), developed by The Coalition, is the first party exclusive that Xbox and their streaming service Game Pass needed to compete with the prolific output of PlayStation. It doesn’t reinvent the wheel but has refined its mechanics to create a compelling and crisp shooter experience. While its story does suffer a dip at the very end it still manages to weave an engaging experience that is worth giving a shot. Get it? Because it is a shooter? Anywho…

“The Swarm Wars” are well underway in GOW5. After defeating the endless waves of the Locust and Lambent armies in the original trilogy, some remnants of the Locust horde have survived and evolved into the Swarm. The Swarm may have the numbers but without a Queen, their forces are fighting at a deficit. The Swarm had attempted to convert Reyna Diaz, whose mother Myrrah was the Queen of the Locust, into the Queen of the Swarm. Reyna’s daughter Kait saved her mother from this dark fate in Gears 4, but Reyna died in the process. Now The Swarm wants Kait to follow in her mother and grandmother’s footsteps. Kait and her Delta squadmates are unpersuaded by the Swarm’s proposition.

GOW5 utilized the same third-person-cover-shooter mechanics the series first popularized way back in 2006. Even after all this time the core gameplay still holds up. Add to that the vast array of weapons that populates GOW5 and you’re in for exhilarating battle after exhilarating battle. Whether using the explosive Boomshot or your trusty Lancer, you always feel like an action movie badass, even when the odds aren’t in your favor, which they rarely are.

The Swarm is a formidable opponent, whose ranks are made up of a multitude of creatures that change their strategy for each encounter. An effective battle plan against a group of Grunts can have fatal results when Hunters or Scions enter the fray. GOW5 also utilizes a two-weapon-only system so choosing which guns to keep can be a painstaking choice. There is no better feeling than having kept the shotgun-like Gnasher when a group of Juvies come rushing towards you, and no worse feeling like having a sniper-like Longshot when a Pouncer leaps at you from above. Still, having such a large arsenal (each with many subcategories) is a good problem to have and they all are fun to use.

Where GOW5 shines throughout is with the pacing of its story. Every time you want to fight enemies, enemies appear. When you need a moment to decompress from the latest story beat, the game affords it to you. No section outstayed its welcome, with only one exception. The game twice recycles a boss encounter, the second time suffers from diminishing returns. Disappointingly, this comes towards the endgame.

That revamp is partly responsible for the aforementioned dip, but it is only one piece of bread in the proverbial downer sandwich. The other piece comes when, for the very first time in the series, the game forces the player into a binary A or B style choice. The moment feels unearned as one option is clearly the more compelling of the two. The story would have been better served had the writers at the Coalition made this decision themselves, but it will be interesting to see how they handle such a choice in future installments.

The meat and cheese of the downer sandwich comes with the final confrontation at the end of the campaign. In the midst of the climax ramping up, the story ends before it really reaches a satisfying conclusion. This is partly because of the reinvented boss encounter but also because when the ending did come it wasn’t a moment of “oh, heck yeah” that usually follows GOW set pieces. Instead, it was “oh wait, it’s over?” As mentioned above, this doesn’t completely tarnish the story the Coalition crafted, but it’s a slight bummer to see the games few mistakes all come near its conclusion.

GOW5’s campaign is worth the price of admission alone, and that’s not even mentioning its multiplayer suites. Considering it is available day one on Game Pass, if you have an Xbox, there is no reason to not pick this one up. For the first time since the series development switched from Epic Games to The Coalition, this feels like a worthy successor to the original trilogy.

Gears Of War 5 is awarded 343 potatoes on The Sipps Potato Scale.