Robo Jesus and the Deviant Bunch 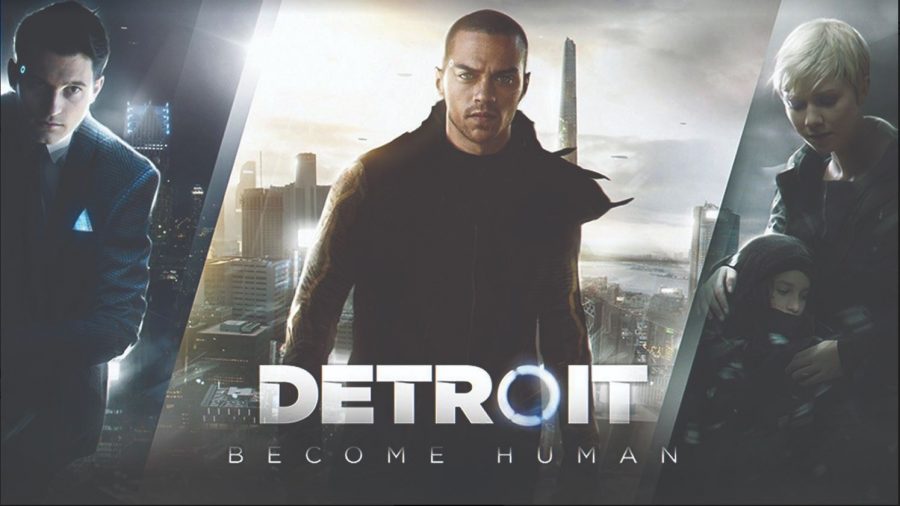 ‘Detroit Become Human’ developed by Quantic Dream and Studio Head David Cage is an ultimately flawed but highly ambitious look at just what it means to be human. The game follows three separate android protagonists: The Jesus stand-in Marcus (Jesse Williams), the battered house droid Kara (Valorie Curry) and deviant hunter Connor (Bryan Dechart). Each member of the trio has their own individual storyline that ultimately merges into one whole. The gimmick is that each and every choice that you, the player, make shapes the story being told. It’s just a shame that the writing quality doesn’t match its lofty ambitions.

Going through each of the protagonists’ storylines separately, Marcus starts as a caretaker for his dying master, Carl. Carl is a world-renowned painter and as such he treats Marcus more like a son than a machine. After Marcus is wrongfully blamed and terminated for Carl’s death, he awakens in a garbage heap filled with his fallen android brethren and becomes a deviant, an android that no longer listens to any master and seems to have free will. From there the Jesus references do not stop. It is a well worn and hackneyed tale, and it just isn’t as profound as Cage seems to think it is. With Marcus, your choices ultimately determine what kind of resistance you will lead to save your fellow androids; peaceful protest or violent revolution? Regardless of which path you choose, neither is compelling enough to justify exploring the branching pathways that ‘Detroit’ offers. It is a shame though, as the game’s choice system is incredibly nuanced but it is also incredibly vapid. There are a lot of choices but so many of them lack meaning.

Kara is the next protagonist to explore. Kara’s journey begins as she awakens in an android repair store. She has just been repaired and though her master Todd says that she was hit by a car, it is made abundantly clear that she was a victim of domestic abuse. That abuse doesn’t only extend to Kara, but to Todd’s daughter Alice as well. This abuse is what leads to Kara becoming deviant, as she stops Todd from abusing his daughter and the two run away together. Again the writing is where Kara’s story really struggles. It is so heavy-handed and devoid of surprises that it didn’t feel rewarding to play. The “twist” was so obvious that it was easy to assume it was a red herring but alas that was not the case. There was also an issue with the erratic and inconsistent way the game pronounced the name Kara. Finally, in Kara’s sections more so than any other it felt like choices were made on behalf of the player without their input. The game’s assertion that player choice is king loses meaning if choice is taken away at pivotal moments.

The final protagonist is Connor, an android designed to hunt deviants and the most intriguing character in the game. Connor is a new prototype that joins up with the Detroit Police Department to stop the deviant threat. While this story is also filled with tropes, including the “No I’m the original, he’s the clone” shtick, Connor is the most compelling of the characters. Watching him come to terms with who he wants to be, and if that even matters, lead to the most interesting and gut-wrenching decisions. The dynamic he shares with Lieutenant Hank Anderson (Clancy Brown) is one of the game highlights and draws the player in so deeply that the game might have been better served focusing solely on Connor’s story.

Detroit Become Human isn’t a bad game but it’s not a good one either. It wastes too much of its storytelling potential and instead wades into well-established conventions of the genre. There are numerous examples of scenarios playing out that don’t feel driven by player choices, but instead because the writers felt these things needed to happen. While the acting across the board is strong there is just a lack of originality in the writing. The quick-time-events are also overutilized and it was frustrating to fail scenarios not because of a choice players made but because of an errant button press. Hopefully whatever David Cage and Quantic Dream attempt next relies less on cliches and more on character and heart.