‘BOSS: The Black Experience in Business’ 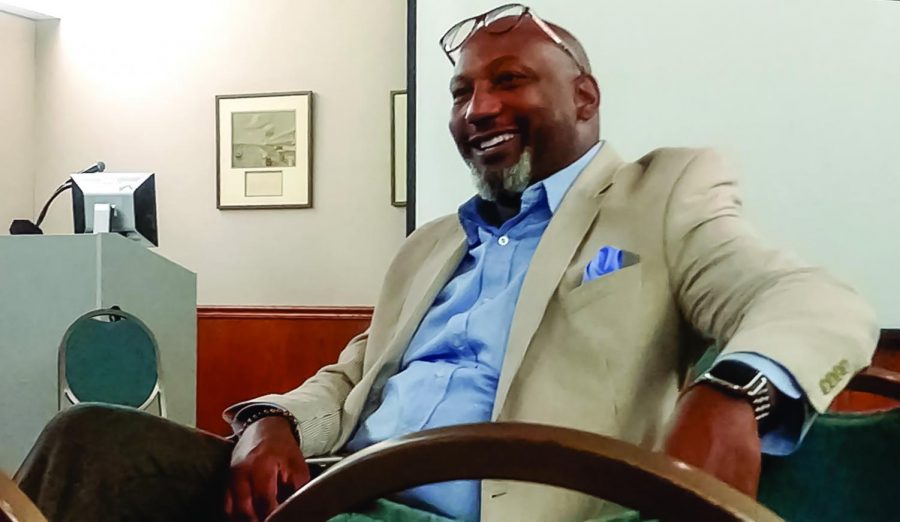 On Aug. 29 in the Golden Eagle Room, NEIU Rotaract Club and NEIU Beta Gamma Sigma had a screening of the first episode of WTTW PBS Chicago’s “BOSS: The Black Experience in Business,” followed by an audience discussion moderated by Vincent Williams, Vice President of Economic Empowerment and Director of the Illinois Small Business Development Center at YWCA Metropolitan Chicago, Laura Parks and Mildred Francis Center.

The screening included documenting the rise and destruction of Black Wall Street in Tulsa, Oklahoma and the failure of the Freedman’s Bank. Black Wall Street was the Greenwood neighborhood in Tulsa in which African-American businesses were concentrated and thrived in the early 20th century. In 1921, during a race riot, whites and the local police killed about 300 African-Americans and destroyed Greenwood within hours.

In the audience discussion following the screening, moderator Vince Williams described the current major obstacle for African-American business, “I serve in all nine locations (of the YWCA) and every single one of them said they have a problem with access to capital.” In addition, Williams stated that he grew up in Morgan Park, Chicago. In that neighborhood, there used to be a social group of African-American business owners. “They had me in this – I call it their social group. It was Jack and Jill. This little snooty black, but middle class, upper middle-class organization. But they wanted no one to know that we were black-owned business. So now today, I try to share with them and I talk to them, it’s to your advantage to be a black-owned business, to be a woman-owned business, to be a veteran-owned business, to be an LGBTQ-owned business. Times have changed.” But the group’s head still grew double hedges to hide the fact that African-Americans were meeting at that location.

The BOSS screening also included a description of the rise and fall of the Freedman’s Bank, enacted by the U.S. Congress for African-American veterans and former slaves. The experience of losing all their savings persisted with African-American families for generations in distrust of banks and hoarding cash. Williams said, “I’m talking like $1,000, $2,000. We cleaned out this place down in Louisiana.”

Panelist Jacques Sarr of the Jacques International Language Academy described his business and his work to promote diversity. Sarr, fluent in nine languages, believes that teaching and learning languages helps in networking and enhancing community cohesiveness. Sarr will host his International Business Networking event on Friday, Sept. 27, 4 – 6 p.m., at his academy at 2953 W. Devon Ave.

As a student, I felt that the screening and audience discussion was sobering and enlightening for creating a better present and future.

Both episodes of “BOSS: The Black Experience in Business” are available now on YouTube as well.