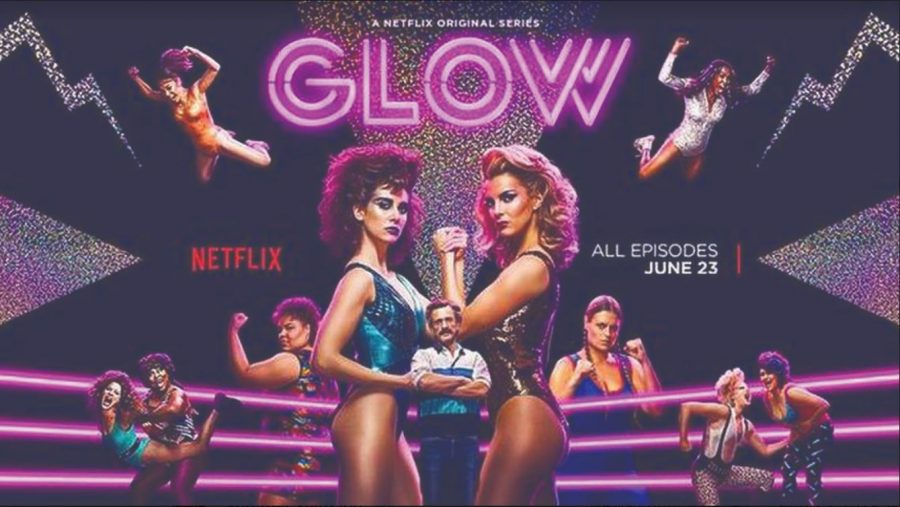 Season 3 of ‘GLOW: The Gorgeous Ladies of Wrestling’ recently released on Netflix. For fans of the series, it represents a change in the format of the show. In season one and two, the gimmick of the show was watching women wrestlers wearing wonderful wardrobes wrestle.

Alliteration aside, it was a show about failed actresses joining an industry they knew next to nothing about. Many of the storylines focused on the ladies of GLOW learning how to wrestle and putting on the best show possible. All that changes in season 3 as the ladies move from wrestling on late night tv to a live show in Vegas.

In Vegas, our characters are trapped in a stagnant pattern. They perform the same show night after night while being trapped in a casino. While some of the ladies take to the trappings of Vegas better than others, each find their own struggles in the City of Sin. While there is a lack of wrestling in the ring, the ladies of GLOW do wrestle with problems of life in the 80’s. Sadly many of these societal issues are still relevant today.

The show isn’t afraid to tackle the big issues. From sexuality, race, status and gender the show covers a wide breadth of heavy topics. Thankfully  ‘GLOW’ is able to counter the heaviness with moments of levity. A moment that really stuck out is a scene where Debbie (Betty Gilpin) is on a plane flying home to LA to visit her infant son. While there, she is subtly shamed by an air stewardess for “abandoning” her baby. Debbie looks to the man in the seat next to her and asks how many times he is asked when the last time he saw his kids. He says never. The moment really sticks because it’s another example of societal expectations that are forced on women that men never need to deal with.

There are many examples of this throughout the season. The women are constantly underestimated and regardless of how many hurdles they leapfrog over, they are continuously put down. One of the most endearing things about this group of misfits is no matter what’s thrown at them, they keep getting back up and locking life in a headlock.

As great as season three is, the show is lacking because of the absence of wrestling sequences. While it appears that season four will have a re-emphasis on the wrestling side of things, we will have to wait to find out for sure. In other season four hopes, there are still a few underutilized characters that either need to be developed or written off the show.

Season 3 of Netflix’s ‘GLOW’ is a fun romp filled with character drama but lacking in one of the series-defining aspects. While there is hope for a return to the ring, season 4 really seems to be really shaking up the status quo. Season 3 was a title contender, but we’ll have to see if season 4 is a return to championship form or it will be a stint on the job squad.

I award Season 3 of ‘GLOW’ 1986 potatoes on the Sipps Potato Scale.