An American Spider in London 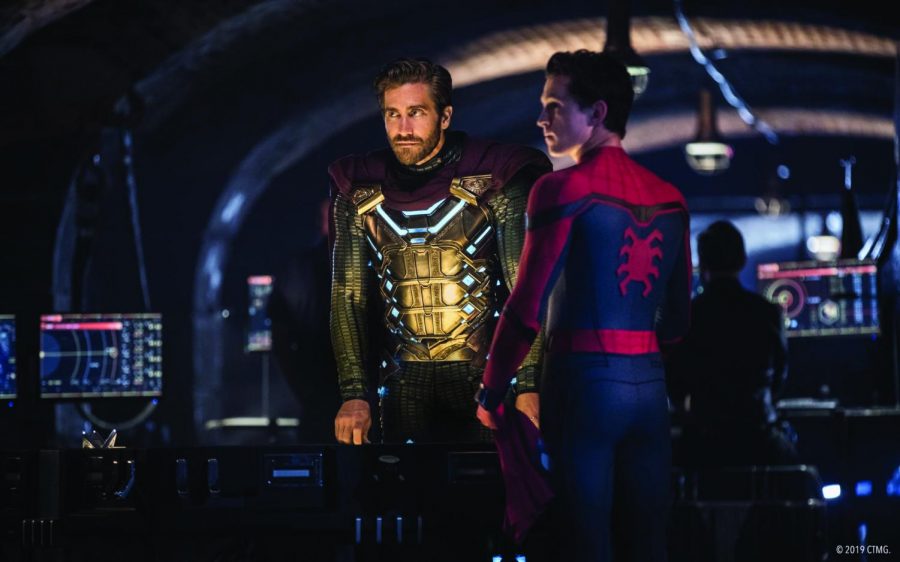 Marvels ‘Spider-Man: Far From Home’ (FFH) is an engaging and often hilarious film that resets the stakes of the MCU, while also serving as a fitting capper to the Infinity Saga. The specter of Tony Stark looms large, after Iron Man’s heroic sacrifice in ‘Endgame’. Despite the reversal of Thanos’s snap, the Blip as the film calls it, people are scared, and they expect Spider-Man to be the hero who fills the void left by Stark’s demise. Spider-Man may be up to the task but Peter Parker is still a teenager and watching him struggle with the weight of this newfound expectation gives actor Tom Holland the chance to display the darker side that comes with being a superhero.

When Peter tries to ignore the responsibility of being an Avenger, and attempts to enjoy his class’s tour of Europe, Nick Fury, played by the ever-capable Samuel L. Jackson, has different plans in mind. Fury hijacks Peter’s trip to force Spider-Man to face a new threat, the Elementals. These Elementals (Earth, Wind, Fire, Water) come from another dimension, along with the only man capable of stopping them, Mysterio, played but an effortlessly charming Jake Gyllenhaal. In Mysterio, Peter sees the hero he wishes he could be and hopes the dimension hopping Mysterio will be the one to fill the impossibly large suit of Iron Man. Those who know the history of Mysterio know there is more to the Master of Mystery than meets the eye.

The film did feel a bit long,  however, looking back there wasn’t a section that I felt overstayed its welcome. Peter’s class is filled with well developed and humorous characters, they garner some of the biggest laughs of the film. While the action isn’t as bombastic as ‘Infinity War’ or ‘Endgame’, the battles in FFH are some of the most visually interesting in the MCU.

As a small aside, post credit scenes make a big return here after their absence in ‘Endgame’ and are definitely worth sticking around for. In recent years the post credits have turned into a sly wink or subtle reference for the audience, but in the case of ‘Far From Home’ they reveal some intriguing story developments, plus an amazing casting choice that long time fans of Spider-Man films will adore.

‘Far From Home’ works so well because it’s a heartfelt tale of loss and living up to expectations. While ‘Homecoming’ was the first test for Spider-Man, this film is Peter coming to terms with what being a hero means. In the first film, he is so excited to be a hero that he doesn’t think of the repercussions of that decision. Now he knows the dangers and that being a hero might just mean making the ultimate sacrifice. His journey into figuring out what kind of hero he wants to be is a worthy edition to the MCU and a compelling conclusion to the Infinity Saga.

I give the film 1218 Potatoes on the Sipps’ Potato Scale.