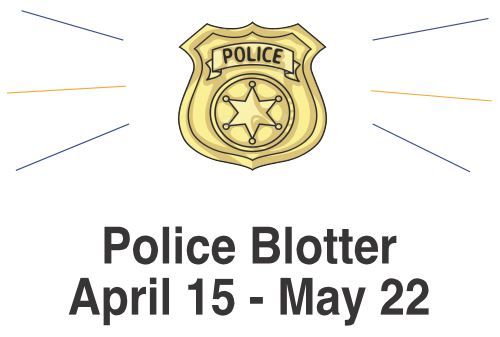 Student reports verbal threats made to him by classmate during a verbal altercation while discussing a group project. Dean of students notified.

During a routine patrol, officer discovered office door ajar. After further investigation, it appears door faceplate and latch had been tampered with.

Built up grease on stove caused fire in apartment. Resident put fire out with extinguisher. Fire department responded. No injuries were reported.

Officers on standby during an employee termination meeting. No incidents reported.

Relatives wanted to file a missing person report. Pinged victim’s cell phone to NEIU. She was located safely in parking garage . She had slept in her car overnight.

Staff reports contact by high school friend over social media over the last ten years. Victim was told to block him and contact police if contact becomes threatening.

Unknown offender wrote graffiti on bathroom mirror and stall in the lower level men’s washroom. Facilities management was notified for clean up.

Subject walked into station seeking help from off campus domestic issue with girlfriend. Chicago Police Department also responded and told him to get an order of protection.

Graffiti reported on back of door in library. Offender is unknown. Facilities management was notified for clean up.

Officers and fire department responded to call of fire caused by cooking grease. Fire was put out by resident. No injuries were reported.

Officers called to bookstore for subject making staff nervous by peering through window and attempting to enter a restricted area. Contact was made. Subject left.

Instructor reported cash stolen from her purse after cabinet that it was left in was forcefully opened. Possible offender seen leaving room.

Police received report of possible sale of a firearm at the Nest. Further investigation determined that it was a prank call.

5/14 – College of Business and Management

Fire alarm was pulled to summon help after occupants panicked when door in building vestibule jammed and they could not exit. Alarm was reset.

Woman asked officer to check on her friend’s well being in bathroom. Woman thought friend may be having a medical emergency. No one was found inside bathroom.

Officers responded to verbal altercation between two library patrons insulting each other. Peace was restored.

Graffiti was found on office interior wooden door. Offender is unknown. Facilities management was notified for clean up.