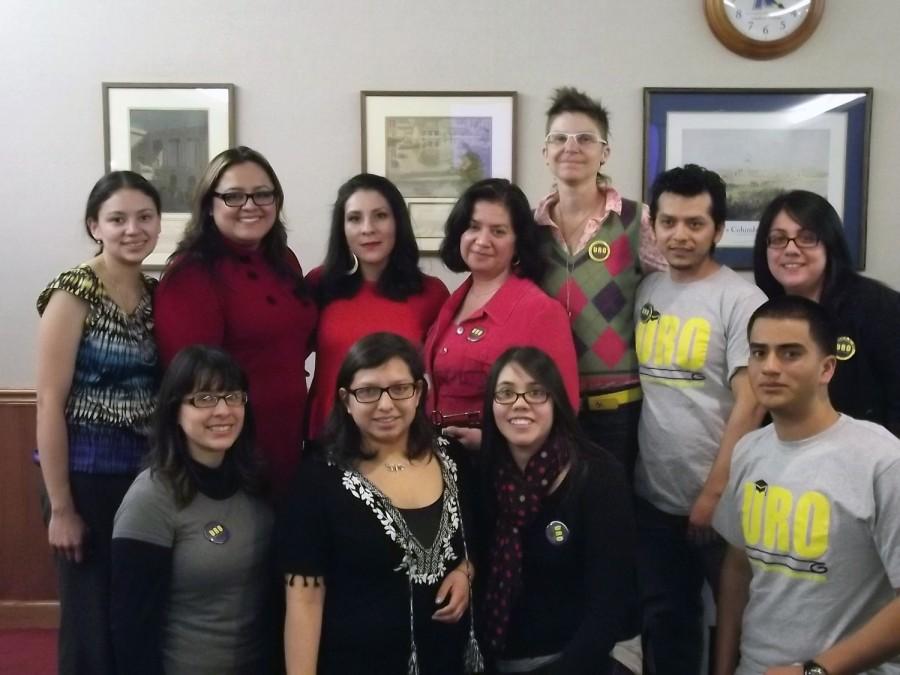 Undocumented Resilient and Organized (URO) has reached its one year anniversary. On March 26, 2013 URO held their first annual speak out event which documented several students and professors’ lives as they navigated their way through injustice, illegality, and life.
The event was meant to bring many of the members’ troubles to light and to ask the attendees to rally behind them and to assist in making Northeastern Illinois University (NEIU) truly diverse. As Jose Herrera, a former president of URO and student at NEIU put it, “I have been made to be illegal, to be a criminal and have been made to be deportable. It is because of these ‘making processes’ that entire groups of people are made to be illegal, criminals and deportable — they are made to be less than others. This leads to questions of who, what, and where these “making processes” are coming from.” He later credits NEIU as being a part of what he calls “making processes” whether conscious or not and in doing so makes him and other individuals who are undocumented as being deemed “less worthy.”
Herrera stated, “our institution uses social security numbers to create inequality among students. Those who have a nine digit number or have “legal” papers have full access to resources, services and opportunities at NEIU — like TRIO services, the McNair scholars program, ability to be compensated for working on campus and many more. Those who do not have a SSN become “unworthy” students, subject to a full range of discriminatory practices in sectors that have to do with financial, education, leadership, support, professional and job related experiences and more.” He didn’t merely target NEIU, but stated, “The truth is that in order to expose the reality of the processes of inequality at NEIU, we have to reveal the contradictions in our own actions.” In his speech he pointed out many injustices that he noticed while attending NEIU and other institutions. Change is much needed in regards to noticing inequality in an area where so many individuals of different backgrounds come together.
Herrera, like many of the guest speakers made sure to bring up the upcoming increase in tuition and how badly it was going to affect individuals like themselves who work two to three jobs just to afford a few classes at a time. Joselyn Gálves, a co-founder an NEIU graduate recalls working several jobs per semester yet also stating how great it was for her to receive her diploma. Like Joselyn and Jose Herrera, Elizabeth Cervantes, an NEIU Alumna and former URO member, went through just as many struggles. As she recounted her hardships at the event she thanked Dr. Christina Gómez as being a “life saver. She recounted how there were times in which she had went days without eating and how Dr. Gómez would ask “are you hungry?” and would then proceed to provide her food.
These guest speakers not only brought their issues to light, they sparked the activist in many and made everyone question how a country, whose founding and basis was possible only by immigration, is now so harsh when it comes to individuals who want nothing more than the good old American Dream.