As a comic book reader, I feel fortunate to live in a time where my favorite characters are being adapted to the big screen. As a lover of quality film making, the DC cinematic universe has left a sour taste in my mouth with “Wonder Woman” being the only exceptional movie they produced. To be honest, the Aquaman character has been the butt end of jokes and has been viciously mocked, which made a serious adaptation of him laughable. But with his introduction in “Justice League” as a “rad surfer bro,” left me wanting more.

Right off the bat, Aquaman (2018) is stellar! I enjoyed everything about it, and honestly believe this movie is better than “Wonder Woman.” Strong performances from Jason Mamoa, Amber Heard, Nicole Kidman and Willem Dafoe offer the audience a good time in the theaters. The dynamic between Aquaman and Mera was a joy to watch; their dialogue scenes were executed well. Themes of duty, belonging and power are prevalent, as the film offers social commentary that viewers can relate to in the real world.

James Wan is popular for directing horror movies, notably directing “Saw (2004),” “Insidious (2010),” and “The Conjuring (2013)” duology. What he does so brilliantly is pay homage to his horror background in the Trench scene. It involves darkness and sea monsters, offering jump scares. It’s pleasing when directors does such things and is consistent with his aesthetic.

The movie is a visual masterpiece. I was astounded with what I was seeing. Watching the depths of the ocean and seeing what’s hidden deep within was magical. It’s by far DC’s brightest movie in terms of tone and color palette. Other entries in the DC universe pale in comparison to this film. I can see that de-aging technology is becoming a trend in Hollywood, and the film puts that technology to good use. Willem Dafoe was de-aged for a couple of scenes and the results were flawless. Overall, the computer generated imagery (CGI) was wonderful and puts other DC universe movies to shame.

I felt conflicted with the run time; I felt that it is too long for its own good, but then I look back and see that every scene is vital to the structure. The great thing about “Aquaman” is that I was never bored watching it. Other than a bland soundtrack, especially Pitbull’s ridiculous Africa cover, the film is a must see in theaters, and a breath of fresh air from the inconsistency of the DC cinematic universe. 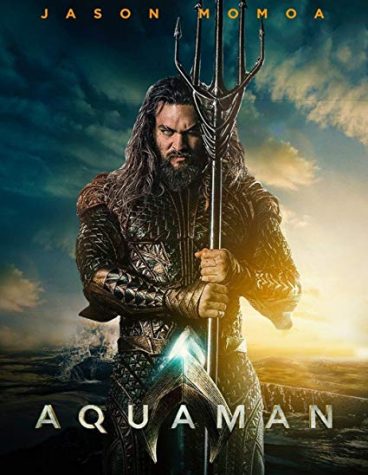