Should we know who you are voting for? 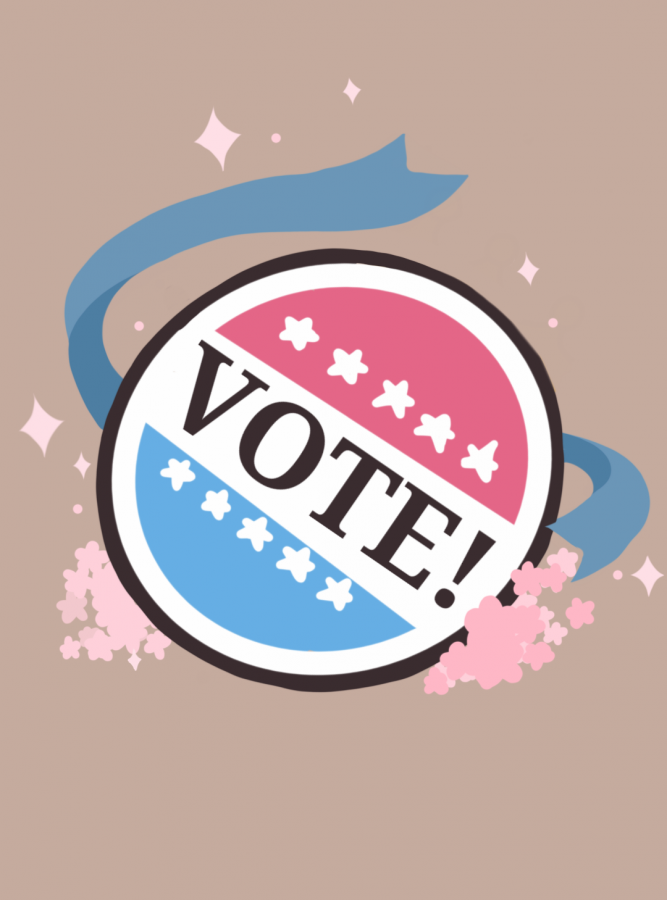 I believe endorsing candidates became a sensitive topic, especially after the most recent presidential election. Celebrities and public figures are critiqued for voicing their opinions and told to focus only on entertainment.

“If a celebrity is conservative or they are socially liberal that also informs their music,” NEIU English Professor Dr. Ryan Poll said. “I don’t think politics is over here and the culture of music I am creating is over here. The two inform each other and it’s just being honest about them.”

Pop Star sensation Taylor Swift publicly endorsed a political candidate on Oct. 7. For the first time in her career she made her endorsement known publicly, choosing to reveal it on her Instagram page.. She gave  her support to Democrats Phil Bredesen and Jim Cooper, who are running for Senate and House of Representative in her home state of Tennessee.

Swift’s announcement is being credited for the high influx in voter registration due to her 112 million followers on Instagram. According to Kamari Guthrie, director of communications for Vote.org, a non-profit organization Swift mentioned in her post, the number of registered voters increased in Tennessee and nationally.

According to Billboard, the endorsement of the two politicians by Swift also attributed to the increase in voters between 18 and 29 years old.

A spokesperson for Vote.org says, “We always have a spike in October. People wait until the deadline to register. However, Taylor Swift’s visibility on this issue is driving a lot of coverage of voter registration and it’s reaching many of her fans who would not otherwise be following news like this.”

The issue of publicly endorsing a candidate is brought back into the spotlight with Swift’s post as Midterm elections have been a highly talked about event due to recent social cases. Swift immediately received backlash, which can attribute to why she has been “reluctant” in the past to announce who she is voting for.

One of the critics was President Trump who said he liked the singer “25 percent less” because of her post.

While the backlash that some celebrities face from fans might be strong, English and Women’s and Gender Studies professor Dr. Vicki Byard, said, “In some countries, speaking out against the political system can result in imprisonment or death, and we are lucky that in America we are free to criticize the government, especially when we feel it is acting corruptly or immorally.”

With the freedom of being able to talk about politics, it is crucial that we have those discussions.

“It’s important for celebrities to endorse, to have more conversation about politics,” said Dr. Ryan Poll, English professor at NEIU. “I think we have a political elite control because we don’t think enough about politics.”

However, on a college campus the question rises on whether or not professors should make their opinions known by their students.

“You are not doing a service of education if you are telling your students this is why you should vote this way or not,” said Poll. “I’ll never use the labels democratic or republican but I will encourage them to think through the issues.”

At NEIU there seems to be a hesitation about discussion politics, from students to faculty.

Poll said, “I try to be sensitive so that it never alienates students. You become a reflection of what your family or community is, so you might not be thinking through some of these issues so university should be a place where you develop critically. Where you can begin to question.”

But for Byard, the concern with talking about politics in class can be alienating students who are not eligible to vote.

“The only mistake I realized I’ve made is that when I first began teaching at NEIU, I offered students in an ENGL 101 course extra credit if they brought to class evidence that they had voted, without realizing how many students at NEIU are ineligible to vote because they are undocumented,” Byard said.

Politics at NEIU will continue to be a controversial topic, but we have to talk about it, one way or another. As a student and a writer, I believe it is very important for students to be around a vast ray of perspectives so that we are able to educate ourselves more.

With the controversy around politics, it is important for students to be active.

“The group of people that do not vote are young people. Like they are historically low numbered,” says Poll.

Byard believes it is important for students to vote. “It’s vitally important, especially for students at NEIU. Young people participate in rallies and protests more often, which bring attention to political problems. Diverse voices, like those of NEIU students, are the very voices that too often are silenced in politics.”