‘Venom’ had potential but fails to deliver 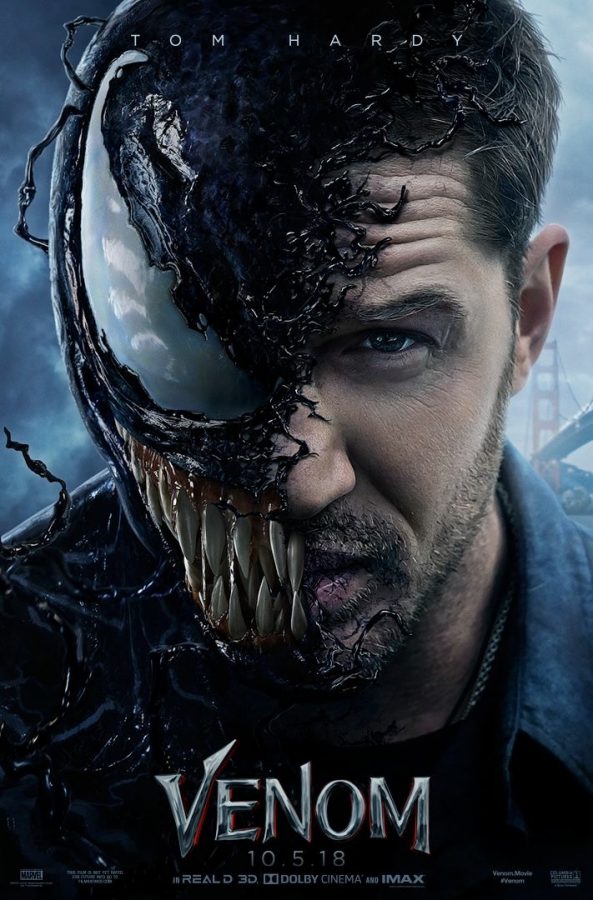 If you are looking for an “okay” time at the movies without much cinematic expectation, “Venom” is the right movie for you.

A Venom movie has been in development as early as 1997 but was ultimately shelved because New Line Cinema lost the production rights to Sony.

Given Marvel’s track record of consistency and Sony’s inconsistency, I can not blame Marvel for not including Venom in their universe.

It is still unknown where Venom belongs, but at the moment, he’s in his own universe.

Tom Hardy carried this movie on his back and there is no way to deny that. The dynamic between Eddie Brock and the symbiote Venom is very entertaining to see. As the film progresses, you can see the two develop a bromance that is humorous. However both lack in  real character development as certain motives appear out of thin air. Unfortunately, his performance is not enough to save the film.

The movie enlisted talents such as Riz Ahmed and Michelle Williams, but it  managed to under utilize them, making their characters boring and forgettable. Ahmed’s character, Carlon Drake, is a cliche villain with a God complex. With that said, there is nothing complex about him, with all his motives being predictable. Michelle William’s Anne Weying fares no better. The character serves no other purpose than being Eddie Brock’s love interest. It really is a shame given the caliber of these actors that this film wasn’t any better.

The film suffers from an incoherent structure and feels incredibly uneven and unorganized. The CGI feels underwhelming and looks like it was made for a TV movie. The symbiote from “Spider-Man 3” looks way better and that movie was released eleven years ago. It is very difficult to identify what tone Director Ruben Fleischer  is going for. It tries to merge dark and sinister with humor and it just walks the line of mediocrity. The humor between Eddie Brock and Venom works. When other characters try to be funny, it just falls flat.

However, I will give it credit for the fact that one won’t be bored watching it.

The film had a lot of potential to be a great film. However, I get the sense that the film doesn’t know what it wants to be.