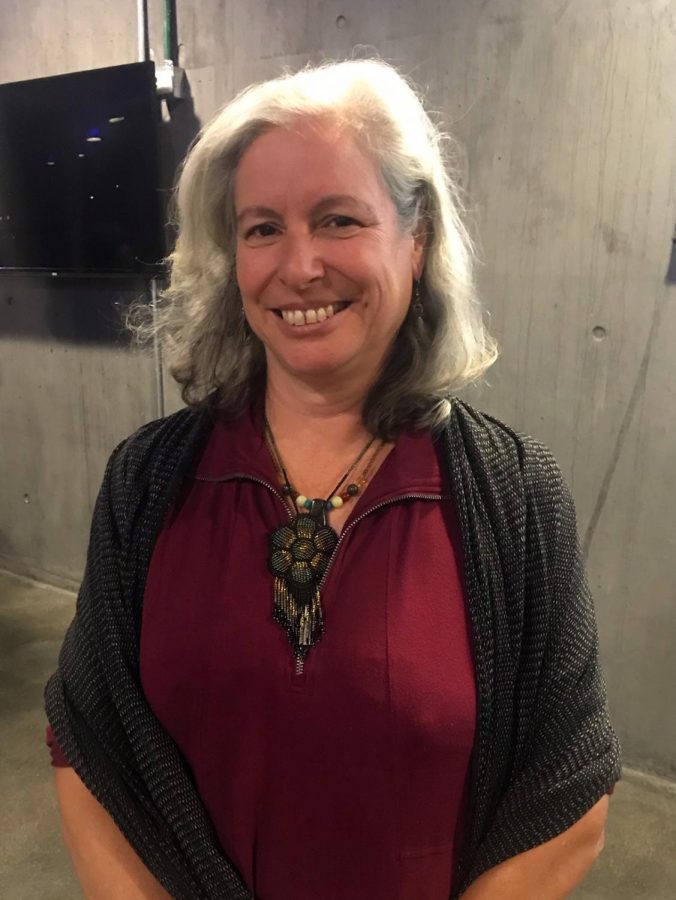 The strumming of jaranas (eight-stringed Mexican guitars) and the voices of two women singing were heard last Tuesday night during the Nuestra Plática Series at NEIU’s El Centro campus.

Titled “Con La Cultura: Engaging Community Assets for Education,” Gina Gamboa argued the importance of cultivating biliteracy and cultural resources in education with an emphasis on art for Latinx and Chicano students and their families. Biliteracy is the ability to read and write proficiently in two different languages.

The program partners with several districts, high schools and NEIU’s CCAS to create programming and to develop a curriculum that brings culturally relevant strategies for “transforming public education in predominantly Latino schools,” according to the event description on Facebook.

“For me, partnership is about being in service and it works pretty well,” Gamboa said. “It’s about identifying the gaps within education and working on addressing them as a team to better serve bilingual students.”

Gamboa said when she first started her work on the program 15 years ago, there was a lot of attention on literacy in English in schools in Berwyn and Cicero. This only helped the “minority white students who were English-speakers increase their reading scores, and everybody else was actually going down,” Gamboa said.

“How does a monolingual teacher help a bilingual student? That’s the work that we are doing,” Gamboa said.

She said “Academia Familiar” (Family Academy) is one of the most important subprograms in the 21st Century Community Learning Centers program.

Gamboa said the subprogram initially started with a specific age group in mind, but expanded to include high schoolers, middle schoolers, young children and their parents after people were asking about different age groups. Gamboa said, “Well, bring everybody!”

Gamboa said one comment that stayed with her throughout her work was when a mother, who completed a summer of Academia Familiar, said to her, “Our life has really transformed. We used to stay home all the time and basically we didn’t get along… .

“Now we come here – as a parent, I can go to the workshop and I can be fully participating because I know my kids are doing something really cool and then when we go home, we have all of these great experiences and we talk about them and we get along better.

Gamboa mentioned another subprogram within the 21st Century Community Learning Centers Program called “Traductores y Locutores” (Translators and Broadcasters). This program helps to identify and harness the translating skills young Latinx and Chicano students develop as they help their parents communicate in the English-speaking world. These students strengthen their bilingual skills while simultaneously learn how to report journalistically on events and sports.

The audience was asked how many of them were translating before 10-years-old and a majority of the audience raised their hands. Gamboa said that’s “pretty early to be a professional.”

With this idea of biliteracy and the importance and value for it, Gamboa and her team created “Traductores” (translators) and later added “Locutores” (broadcaster) after recognizing children who help others understand the English-announcements during sports games were utilizing a cultivable skill.

“It’s a marketable skill … . Let’s get their bilingual skills to be the best they can be,” Gamboa said.

Gamboa highlighted how the fight for biliteracy is challenged. She talked about an Arizona law banning ethnic studies. Federal Judge A. Wallace Tashima found that the law violated students’ constitutional rights and that “the state showed discriminatory intent when it essentially shut down a Mexican-American studies program at Tucson Unified School District” according to NPR in August 2017.

“The first time I ever heard of anything of that nature was when I was in college and it was only because I was in a Latino-focused class and in [NEIU],” ENLACE graduate student Leslie Castillo said during the talk. “Without it, I would have never heard of it.”

The missing narratives of Latinx and Chicanos were pointed out by Castillo. She shared when she was growing up, she wasn’t exposed to bilingual authors in middle and high school.

“We have to fight for ethnic studies … . [Ethnic studies] should have been a part of history, should have been a part of English Literature,” Gamboa said after Castillo. “There’s so much more to do, there’s still a lot to do and that’s why you all have to become voices for whatever your position becomes and the work that you do – pay attention. Remember curriculum is everything; how are we reaching the Latino students, the Black students, all the students?”

Corrections: On the printed issue of this story on Oct. 23 it said “guitars.” It should have said “jaranas.”