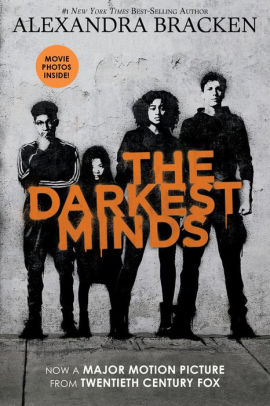 Book cover of "The Darkest Minds."

“The Darkest Minds” by Alexandra Bracken is the first book in her young adult dystopian trilogy and it delivers.

This book has everything I love about a dystopian story. The characters are well developed, a gripping and action packed plot and a world that is both scary and eerily similar to the world we live in today.

The novel centers around a futuristic United States where many of the population’s children have died from a disease known as Idiopathic Adolescent Acute Neurodegeneration (IAAN). The children who survived were left with extraordinary powers.

These children are classified under a color coded system based on their power. Greens are extremely intelligent, blues have telekinetic powers, yellows can control electricity, oranges can control and manipulate minds, and reds control fire.

Because the government is afraid of these children, they are ordered to be sent to concentration style camps to help “reform them,” but we quickly learn in the book that it is far from an attempt to help these kids.

The first book follows Ruby, a 16-year old Orange who escapes from her camp with the help of Cate, a doctor claiming to have the kids best interest at hand. When Ruby learns the hidden motives of the organization Cate works for, she quickly escapes and meets Liam, Chubs and Zusume. They are three kids on the run searching for East River, a place that is supposed to be a safe haven for children like themselves. All four must work together while navigating this dangerous world and soon learn that the only ones who can help them are themselves.

The first thing I really enjoyed about this book was the way Bracken developed her characters, especially Ruby. At the beginning of the book she is a scared girl who is struggling to control her powers. She then develops into a young woman who knows her powers are important and uses them to help her friends, while kicking butt in the process.

I also loved the balance between action and world building. The novel is really fast-paced at times but Bracken takes time to slow down and describe the things that are needed to immerse the reader into this world.

Bracken’s ability to emerge the reader into this dystopian world is another thing that takes a lot of skill. By doing so, she develops this world that is terrifying to read as we are easily able to immerse ourselves in it. The world that Bracken created is eerily similar to what we are currently seeing in the United States with immigrant children, which added a whole other layer to the reading experience.

Overall this book was really great and I flew through it when I picked it up so naturally I went to see the movie as soon as it was released.

Overall it wasn’t a horrible adaptation, but what left me most disappointed was that it lacked the emotional impact the book had on me.

The casting was really well done and I thought all the actors did a great job bringing these beloved characters to life,especially Amandla Stenberg. Her portrayal of Ruby was really impressive.She played Rue in “The Hunger Games” and she will soon be starring as Starr Carter in the upcoming movie adaptation of “The Hate U Give” by Angie Thomas.

Despite its lack of emotional appeal, the movie did well at maintaining the pace of the action.

One of the reasons the film lacked the emotion portrayed in the book was because certain characters and elements  were cut out of the movie. While it is normal, and often times okay, for there to be changes in movies adapted from books, a lot of what was removed was central to the motivations of the characters.

If you’re looking for an entertaining, unique dystopian to add to your list, “The Darkest Minds” by Alexandra Bracken is definitely one to give a chance too. I would still recommend the movie, but don’t expect it to have the same impact as the book. Just go into the movie knowing it’ll be a fun action packed young adult story.