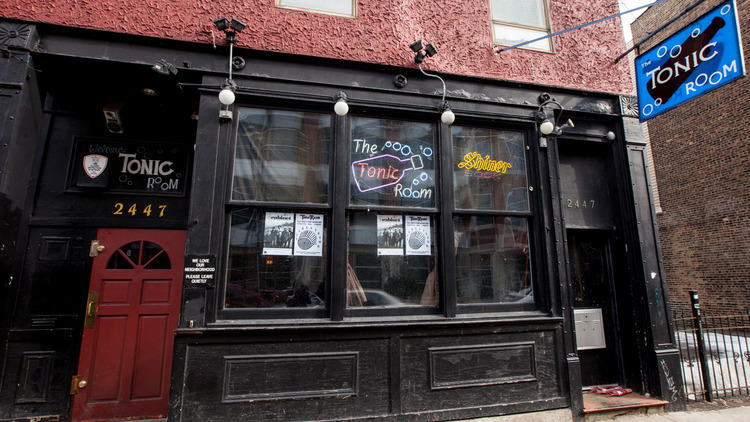 It might seem rare that Monday would be a happening night out on the town, but a combination of Chicago’s best local musicians gather every Monday at the Tonic Room in Lincoln Park to bring music fans Funk Vendetta, a seven-piece funk fusion project.
If that isn’t enticing enough, there isn’t a cover charge and the band offers an opportunity for attending musicians to engage in an open jam that follows the show.
Funk Vendetta began in April of 2016 by Marty Gierczyk, a saxophone and electric wind instrument player, an electric wind instrument, who has played alongside multiple musicians and bands in the local music scene for over a decade.
Gierczyk’s vision in creating Funk Vendetta was to bring together some of the most diverse and talented musicians he’s played with and create something based on the diversity of their musical backgrounds and both various and common influences.
The result is a powerhouse of highly synced energy that provides a vibrant fusion of genres and improvisation based around a funk core, all elements that certainly do bring out the most in what local Chicago music has to offer.
The band is composed of Igor Voltchenko, guitarist, who also plays for local band Genome and Ryan Chamlin, keyboardist for the disbanded Herbert Wiser Band, both of whom Gierczyk says, “I knew I wanted to work with off the bat. We had been sitting in with each other’s bands for years and I thought it was time to finally join forces.”
He says the other four band members fell into place from there and have included other musicians on occasion to ensure that the greatest potential chemistry exists within the band.
In addition to Gierczyk, Voltchenko, and Chamlin, Funk Vendetta consists of singer Drew Delneky. Delneky said that he, “feels blessed to be part of the local Chicago music scene”.
Jae Gentile can be found playing bass, Christopher Stein on trumpet and Jarad Kleinstein on drums.
Kyle Davis, a regular attendee that brings his solo act, Kobrakai, to fill the breaks and engage in the open jam says, “I just think [Funk Vendetta] is next level music, always taking it to the top!”
The inspiration for the open jam portion of the evening also came from Gierczyk. He thought the idea of an open jam might help motivate people to come out on a Monday night. He says, “We start early and like to encourage up and coming musicians to come out and jam, come out and play.”
Funk Vendetta began their weekly Monday night residency on Feb. 5 and will continue through May 28 of this year. The band starts around 9 p.m. and has an occasional opening act. The open jam begins around 10:30 p.m. and is open to both up and coming and established musicians.
The evening concludes in full around midnight and is open to people ages 21 and up and there is no cover charge. The Tonic Room is located at 2447 N. Halsted St.